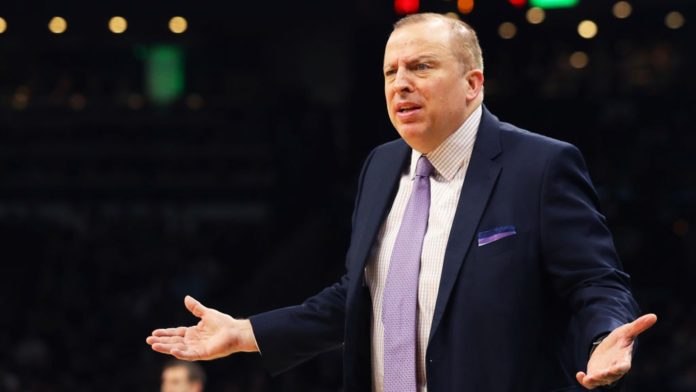 The New York Knicks are finalising a deal to appoint Tom Thibodeau as head coach on a five-year deal.

ESPN’s Adrian Wojnarowski reported on Saturday that the Knicks’ hierarchy are working to complete contractual terms and that a signed agreement is “expected in the near future”.

Thibodeau, who previously was the head coach of the Chicago Bulls and Minnesota Timberwolves, had been considered the frontrunner for the job and had a formal interview in early July.

Rose was expected to make a decision by the end of the month, per the New York Post.

The 62-year-old Thibodeau has a 352-246 career record over eight seasons with the Bulls and Timberwolves, including a 24-32 postseason mark.

The Knicks were 21-45 when the season was halted on March 11 due to the coronavirus pandemic. Already out of contention for the playoffs, they are not taking part in the NBA’s upcoming restart.

The team’s most recent playoff appearance came in the 2012-13 season, when they lost in the Eastern Conference semi-finals. The Knicks were 54-28 that season but have not finished with a mark above .500 since.