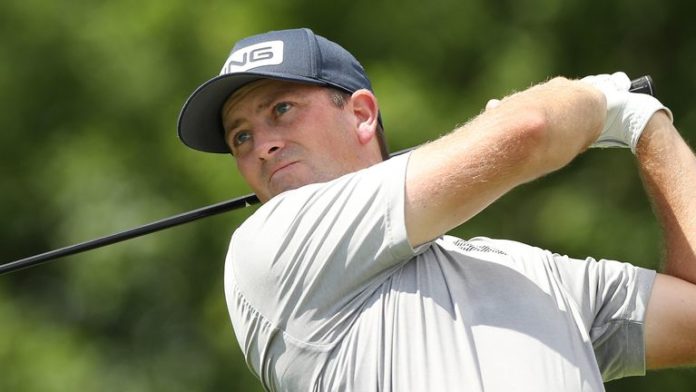 Michael Thompson is a PGA Tour champion for the second time after he held off a number of challengers to clinch victory at the 3M Open in Minneapolis.

Thompson showed impressive mettle over the last three holes at TPC Twin Cities, reclaiming the outright lead with a stunning sand save for a pivotal birdie at 16 before he closed out the tournament with a cast-iron par at 17 and a bonus birdie at the last to seal a first win in over seven years by two shots.

Adam Long enjoyed a stunning weekend as he followed his third-round 63 with a closing 64 that gave him outright second place on 17 under, ahead of a group of eight players a stroke further back which included perennial nearly-man Tony Finau, former Masters champion Charl Schwartzel and European Ryder Cup hero Alex Noren.

Thompson did not get his final round off to the desired start as he followed two opening pars with a three-putt bogey at the third and suddenly found himself chasing, but the resolute 35-year-old clawed the shot back at the fifth and then holed from 20 feet for another birdie at six.

A superb approach from a fairway bunker to 10 feet at the 10th set up another birdie and, after five solid pars, he splashed out to a couple of feet at the driveable par-four 16th which lifted him to 18 under and above clubhouse leader Long.

Thompson safely negotiated the tough par-three 17th in par, and his nerves stood firm on the 72nd hole as he crafted a rock-solid par which completed a four-under 67, securing his first win since making his breakthrough at the Honda Classic in March 2013.

Long had scraped into the weekend with nothing to spare on Friday evening, but he made huge strides up the leaderboard with a Saturday 63, and four birdies in five holes on the front nine on Sunday gave him a genuine chance of victory.

He maintained his charge after the turn as he picked up further shots at 10 and 12 before adding another at 16, but he three-putted from long range on the penultimate green – an error that was to prove decisive in the outcome.

A closing birdie capped a 64 and earned him the clubhouse lead for over an hour, but Thompson’s unflappable composure down the stretch ensured Long would have to settle for the runner-up position on his own, his best result since the Mayakoba Golf Classic in November.

Robby Shelton was first into the scorer’s hut on 16 under when he birdied six of the last eight holes to card a 64, and he soon had company when Charles Howell III signed for a 65 and celebrated a remarkable 96th top-10 finish on the PGA Tour.

Emiliano Grillo (65) and Noren (66) interrupted the American dominance at the top end of the leaderboard as they joined the logjam on 16 under which was extended when Finau birdied the last to complete a 68.

Finau shared the lead early on when he birdied two of the first three holes, following a 25-foot putt at the second with another from outside 30 feet on the next green, but the putts dried up for the big-hitting Ryder Cup star as he managed just two more gains at 10 and 18 while dropping a shot at the 13th.

Social media ace Max Homa (67), Cameron Tringale (66) and overnight co-leader Richy Werenski (70) also finished in the huge share of third along with Schwartzel, who had to dig deep after a double-bogey at the second to salvage a 68 and claim his second top-five of the season.