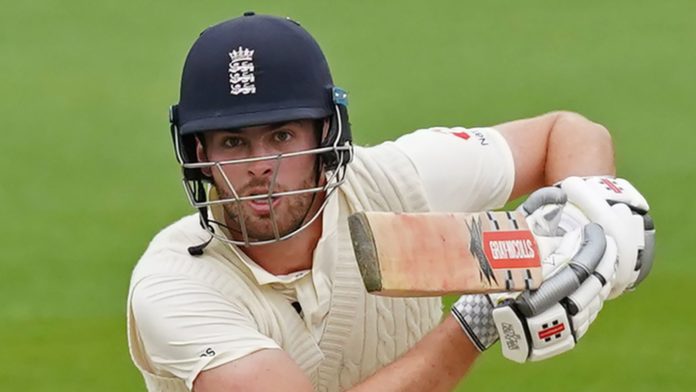 England opener Dom Sibley is in the same mould as Michael Atherton and Alastair Cook, according to Darren Gough.

The Warwickshire batsman has made a bright start to his international career, scoring two hundreds, and made another half-century on day three of the third Test against the West Indies.

Despite his early success though, Sibley has been questioned in the past couple of Tests for his slow scoring rate but, speaking on The Cricket Debate, Gough was fulsome in his support for the 24-year-old.

“I like him, he hates getting out and that is what we’ve been crying out for! We talk about wanting batsmen like Atherton or Cook at the top of the order, well we’ve got him,” the former England fast bowler said.

“We just need someone to get a partnership with the new ball, we’ve got two guys there who are capable of doing it in [Rory] Burns and Sibley. Let’s just stick with them and stop looking for problems.”

Sibley’s main issue on Sunday at Emirates Old Trafford came when England were trying to up the run rate and West Indies had their spinners operating from either end.

“For Dom Sibley, with his technique, people talk about him having quite a closed bat face which limits his options through the offside,” Lydia Greenway told The Cricket Debate.

“You saw that when Roston Chase came round the wicket, they packed the legside and he really struggled to pierce the gap. For me though, if he can build a sweep into his repertoire, even a little paddle sweep just to start rotating the strike, that will really help his game.

“The best thing about Sibley is that he’s got the temperament and that has been the struggle that England have had in terms of finding openers.”

Gough is confident that Sibley can overcome any issues against spin, pointing to a double hundred he scored against Nottinghamshire last summer with India off-spinner Ravichandran Ashwin among the opposition bowlers.

“People keep telling me he can’t play against spin,” Gough said. “I got told the other day that he got a double hundred against Ashwin.

“Ashwin is one of the best spinners in the world, if not the best, and he got a double against him and smacked him to all parts apparently. So, if he can play against Ashwin and get a double, he’s good enough for me!”

Watch day four of the series-deciding third #raisethebat Test live on Sky Sports Cricket from 10.30am on Monday.