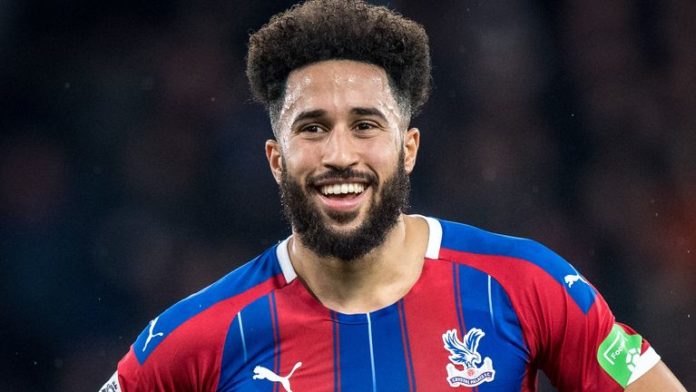 Townsend: “Hopefully football fans, seeing their favourite players open up, will hopefully give them the courage to address their own issues and seek help as well”

The Heads Up campaign, headed by the Duke of Cambridge, has brought the issue of mental health to the forefront of UK society.

And the football world has now united to sign the ‘Mentally Healthy Football’ Declaration, in a bid to encourage people who are having problems to seek help.

A statement read: “The ‘Mentally Healthy Football’ Declaration will see governing bodies, leagues and organisations from across UK football recognising that mental health is as important as physical health, and pioneering a ‘team approach’ on this important issue.

“Together, the UK football family will build on the important work that clubs and football organisations are already doing, working together to scale up these efforts across the football system and support the development of ‘mentally healthy clubs’ at every level of the game.”

In a video marking the signing of the ‘Mentally Healthy Football’ Declaration, The Duke of Cambridge said: ‘Not only will [the Declaration] benefit future generations who work and play within the game, but it will also send a clear message to football’s millions of fans about the importance of mental health.

“That is a legacy we can all be proud of – following a season we will never forget.”

Townsend told Sky Sports that the signing of the declaration is extremely significant.

He said: “It is very important now because of Covid(-19) and people in the UK may be suffering from mental health issues.

“The more we speak about it as footballers and clubs, the more we can help people in the UK, hopefully address their mental health issues, and for me that’s the main aim of the campaign.”

Townsend agreed that there is still something of a stigma about coming forward to speak about mental health issues – but hopes that will begin to change.

He said: “We’ve come a long way in the last year or so definitely – but I think there is still that stigma because, as humans, for some reason we don’t like to show weakness.

“We like to show we are strong and all-conquering, so to let someone know we have an issue, physical or mental, is still quite tough for us.

“With this campaign, hopefully we can have more conversations, as team-mates to each other, managers can be more aware of players who may be struggling and pull them aside for quick conversations.

“Hopefully we can break down that stigma of mental health being a big, massive issue.

“Seeing the Duke of Cambridge getting involved makes you sit up and take notice.

“Hopefully football fans, not only in the UK but around the world, seeing their favourite players open up will hopefully give them the courage to address their own issues and seek help as well.”

Is wellbeing more important than tactics?

Kevin George, author and creator of Soccology, believes football has work to do to understand mental health

Townsend says he has had issues with his own mental health in the past and stresses that he has found speaking up about them a hugely helpful and positive experience.

“Ever since I’ve spoken about my own mental health, the outpouring of support on social media has been quite eye-opening.

“Ever since, I speak about it as much as possible and ultimately try to help as many people as possible.

“Just opening up about it takes the weight off your shoulders – when you bottle up your emotions, it bubbles up inside until you explode.

“Regularly speaking about it has helped me and I’m a lot more calm, a lot more comfortable with myself, since I have opened up.

“Even if it’s just a few people, I am proud I have helped people deal with their own issues.”

The hope is that the signing of the ‘Mentally Healthy Football’ Declaration will lead to even more people realising there is no harm or shame in speaking up.

“The most powerful people in football in the UK realise how important mental health is.

“I think 15 million fans in the UK support football teams.

“If we can help one million, half a million people by speaking about mental health and creating a mentally healthy culture within football, then for me the declaration is doing its job.”