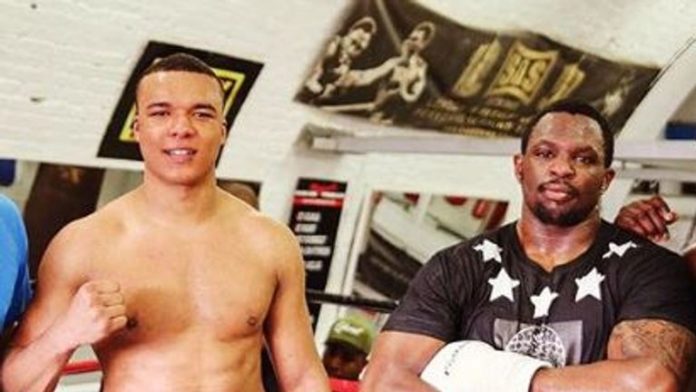 Fabio Wardley’s blistering speed and destructive power have propelled him up the heavyweight rankings – and he targets his first title in ‘Fight Camp’ on Saturday.

The unbeaten 25-year-old has racked up eight victories, with seven knockouts, since turning professional, and Wardley can enhance his growing reputation when he battles Simon Vallily for the English belt in the opening ‘Fight Camp’ show, live on Sky Sports.

🗣️”I think it’s going to be pretty one-sided.” @SkyJohnnyNelson has no doubt that @Fabio_Wardley will become English Heavyweight Champion on August 1 when he faces Simon Vallily

Wardley did not gain experience in the amateur ranks, instead displaying his explosive punching on the ‘White Collar’ boxing circuit.

After just a handful of victories, he decided to launch his paid career and has gained attention with a succession of stoppage wins.

“Dillian is really someone I respect in the game and trust his opinion, so after I had a few meetings with different managers, I just wanted to speak to him really, get his opinion,” Wardley told Sky Sports.

“He just suggested it, and I thought actually yeah that would be ideal to have someone like that, managing my career, who has already been through the thick of it, and knows how to navigate this world would be ideal.”

The Suffolk fighter helped Usyk prepare for his victory over Tony Bellew, while he had also been called into a camp with Fury, who was working towards a fight with Francesco Pianeta.

Wardley is part of an exciting domestic division that features leading contenders such as Joe Joyce and Daniel Dubois.

“We going for Five Guys after?” 🤣 There was only one thing on @Fabio_Wardley’s mind during that fight 🍔🍔

*Other burger’s are available 😉 pic.twitter.com/V7yPnGDUUF

He has welcomed the prospect of a potential clash with Doncaster’s David Allen as he continues to rise the rankings.

Vallily stands in the way of Wardley’s ambitions and the Commonwealth Games gold medallist should provide the sternest test so far.

The 34-year-old admits he is fighting for his future in the sport following a setback against Craig Glover, his second pro defeat, and has vowed to ruin Wardley’s perfect record with a knockout.

I don’t think there’s a heavyweight out there like me.

Wardley has already impressed Matchroom Boxing promoter Eddie Hearn and his fast-moving career could be accelerated if he produces a stylish victory over Vallily this weekend.

“Once I fine tune my craft, I’m going to be a different level. I’ve got the speed and the power. It’s the punch that you don’t see coming that takes you out.”