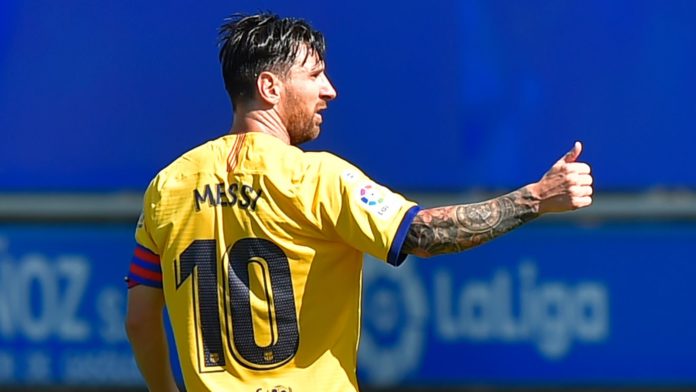 Josep Maria Bartomeu says he has “no doubt” Lionel Messi will sign a new contract with Barcelona.

Messi, whose deal expires in 2021, had called his side “weak” and “inconsistent” after they lost the league title to Real Madrid.

The 33-year-old Argentina forward scored twice as runners-up Barcelona thrashed Alaves 5-0 on the final day of La Liga, landing him the division’s top scorer’s award for a record seventh time.

“Messi has said many times that he wants to retire here and I have no doubt that he will re-sign,” Barca president Bartomeu told Mundo Deportivo.

Paris Saint-Germain forward Neymar has been linked with a return to Nou Camp but Bartomeu said the only way for Barcelona to sign the Brazil forward would be through a player exchange.

“Now we are making decisions and the players, if they do not come as part of a player exchange, it is very difficult for them to come,” Bartomeu added.

Barcelona face Napoli on August 8 in the second leg of their Champions League last-16 with the score 1-1 from the first match in February.