Home Culture ‘The Kissing Booth 3’ has already been filmed and there’s a teaser... 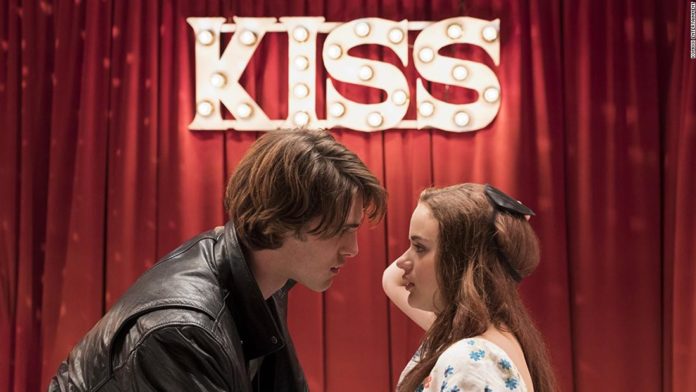 And it turns out that the third installment in the series, based on British teenager Beth Reekles’ original book of the same name, won’t be jeopardized by the Covid 19 pandemic — because it is already in the can.
The original “Kissing Booth,” directed by Vince Marcello and released in May 2018, told the story of high school student Elle Evans (Joey King), who falls in love with her best friend’s older brother, Noah Flynn, played by Jacob Elordi.
The sequel, which premiered on Friday, sees their long-distance relationship tested as Noah heads off to college and Elle navigates the challenges of her senior year in high school.
The core cast — Joey King, Joel Courtney, Taylor Zakhar Perez, Maisie Richardson-Sellers and Meganne Young — announced during Netflix’s #TKBFanFest live stream on Sunday that they are set to reprise their roles in the third film.
King, who was also executive producer on the second movie, said: “From the first movie to the second movie just coming out just on Friday, I mean the explosion of love has been so real. It’s because of everyone on here that all of this has happened.”
According to Courtney, who plays Elle’s best friend, Lee, “The Kissing Booth 3” was filmed in secret at the same time as “The Kissing Booth 2” and is already in post-production.
King added that filming both movies at the same time “was the hardest secret to keep ever.”
Following the announcement, Netflix released a teaser trailer for part three.
In the short clip, Elle is seen hanging out with Noah, Lee and Lee’s love interest, Rachel, played by Young, when she receives a call from the Harvard admissions office — which she ignores.
The franchise has been wildly popular since the first film was released in 2018, despite being panned by critics.
“The Kissing Booth 2” topped the Netflix top 10 list internationally following its release on Friday.