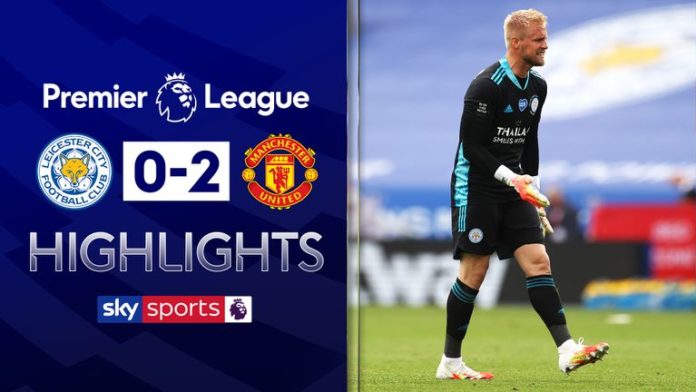 Jadon Sancho, a centre-back and an attacking midfielder on Ole Gunnar Solskjaer’s wishlist during the transfer window

Manchester United avoided a ‘nightmare’ scenario by finishing in the Premier League’s top four, Sky Sports News’ James Cooper told the Weekend Review Podcast – and he says they can now set about acquiring the transfer targets they need to kick on.

Cooper joined the Weekend Review Podcast to reflect on United’s third-placed finish in the Premier League and what it means for Ole Gunnar Solskjaer’s project at Old Trafford.

Cooper says Solskjaer won’t be getting carried away with finishing third – but it is validation for his work after many had doubted their chances of achieving Champions League qualification earlier this season.

“This is Ole Gunnar Solskjaer saying my methods work, my coaching staff are learning alongside the players and it’s a line in the sand which says better times are coming for Manchester United. It’s a bright outlook for Man Utd.

“But he’ll also say I’m not resting on my laurels, this is a journey. And what he’s trying to say is they haven’t achieved anything yet. When you look at his CV, and what he achieved as a player, he’s right.

“Third spot in the Premier League is an amazing achievement but it’s not silverware, it’s not titles and it’s a long way off Manchester City and Liverpool.”

Cooper says the financial boost United will receive for making it back into Europe’s top club competition has come at just the right time.

“It would have been a nightmare for Manchester United, even with their resources, if they hadn’t made European football or only got Europa League football,” he said.

“Now we’re talking about a huge investment from UEFA for getting there, it also means Adidas, for the sponsorship, are going to be paying the full price they were going to be paying rather than invoke the rule that sees them pay less for two non-seasons in the Champions League.

“So it’s starting to look good – but we are talking about balancing the books when it comes to finances. This [the coronavirus pandemic] has hurt Manchester United like it has every football club. Broadcasting revenue is down, the stadiums are empty. I don’t think we’re going to see huge amounts spent this summer, I think there will be minor surgery.”

In terms of what that minor surgery might entail, Cooper believes the club will target additions from back to front which will boost the strength in depth of the United squad – as well as their main priority: Jadon Sancho from Borussia Dortmund.

“There’s no doubt their number one target is Jadon Sancho, and I think they’ve ticked a massive box in having Champions League football because that’s attractive to someone like him, and I think it’s perhaps a deal that can be done,” said Cooper.

“But it’s going to be really difficult, complex, difficult-to-structure deal, bearing in mind I don’t think Manchester United will put a £100m cheque on the lap of Borussia Dortmund.

“I think they also want a bit of cover at centre-back – the likes of Chris Smalling, Marcos Rojo and Phil Jones are not what Ole is looking for in that position – and ideally as well perhaps an attacking midfielder that complements the likes of Bruno Fernandes and Paul Pogba.

“I think there’s a feeling when the two of them maybe aren’t on form or are injured or have played too many games and need to be rotated, the performance level slips.

“That’s why someone like Jack Grealish comes into the reckoning. I’m not suggesting that’s a deal that’s done or is going to be done, but I think that’s the sort of player and cover they’ll be looking for so when Fernandes or Pogba aren’t playing, the performance levels don’t drop and they still win the games they’d expect to win with those two players in the side.

“It’s an important summer still for Manchester United but the pressure is off in many ways. Solskjaer will wake up this morning thinking I’ve done a job no one thought I was going to do. Let’s go and win a trophy [in the Europa League] and make it a perfect season.”

Also on the PL Weekend Review Podcast: Analysis of Chelsea’s next steps, how Aston Villa pulled off survival and what Bournemouth and Watford must do to rebuild and bounce back from the Championship next season.