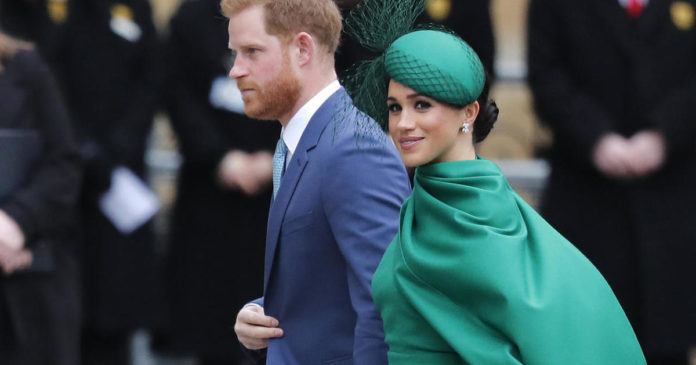 Excerpts from “Finding Freedom: Harry and Meghan and the Making of a Modern Royal Family” suggest the couple felt ignored by the family. It also describes a conversation between Prince Harry and Prince William that apparently led to a rift between the brothers.

Harry and Meghan say they didn’t write the book, parts of which were serialized in newspapers in England over the weekend, reports correspondent Mark Phillips. And they said they didn’t even help the two royal writers who did: Omid Scobie and Carolyn Durand. But few in palace circles, or who follow the family closely, think Harry and Meghan didn’t have something to do with it.

“The official line from the Sussexes is that Harry and Meghan didn’t collaborate with this book,” said Roya Nikkhah, royal correspondent for London’s Sunday Times. “But my understanding is that they did actually collaborate very closely with the authors and helped authorize access to their friends.”

Among the juicier points, the book claims that William took what Harry felt was a snobbish attitude toward Meghan when the couple first started seeing each other. “Take as much time as you need to get to know this girl,” William is alleged to have said.  The book says Harry bristled at the phrase “this girl” and reportedly chose to interpret it not as friendly brotherly advice, but as reluctance to accept Meghan.

The fact that William also reportedly said Harry had been “blinded by lust” allegedly didn’t help.

Meghan, an American actress with a mixed racial background, was accompanied down the aisle at the wedding by Prince Charles because her estranged father wasn’t there. But that gesture was not a sign of acceptance, according to the book.

Their friends are also quoted as saying Harry and Meghan were kept at a distance by William and Kate, and that no support was offered to Meghan, the outsider, when she needed it.

In the book, Meghan’s friends claim she told them she had given up her whole life to become one of the royals and received not thanks, but “death by a thousand cuts” from the family and palace staff. “There’s something about her I don’t trust,” one senior official is reported to have said.

The royal family has not issued a statement in response to the book.

“The notion that people weren’t welcoming to her right from the start, the royal family will be quite stunned by that, because that’s not my understanding of how things were to them,” Nikkhah told “CBS This Morning.”

When Harry and Meghan finally severed their royal ties and left London to settle in Los Angeles, they had hopes of continuing a part-time relationship with the family. That prospect appears even more unlikely now.

“There was a lot of hurt after they left the U.K.,” Nikkhah said. “And I think that hurt is only going to be exacerbated and deepened on publication of this book.”

Harry and Meghan may say the book is not their work, but however loudly they protest, it is being seen as largely sympathetic to them.

There’s no such thing as a part-time royal … especially now.