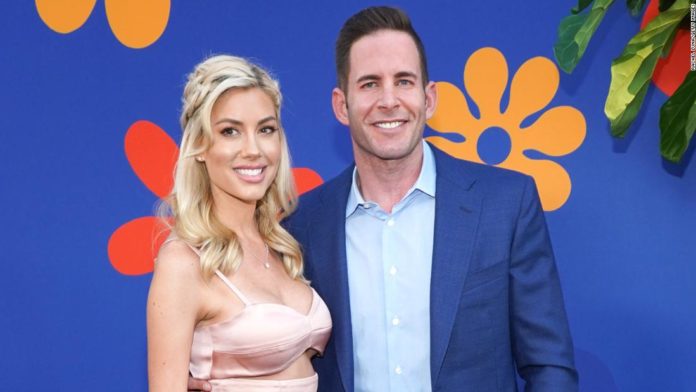 In a match made in real estate heaven, El Moussa, the star of the hit HGTV series “Flip or Flop” is engaged to Young, one of the stars of the Netflix reality series “Selling Sunset.”
The pair announced the news Sunday on their respective Instagram accounts.
“She said yes!,” El Moussa wrote in the caption of a photo showing him slipping a ring on Young’s finger as the pair sported black-tie attire. “#FlippingHerLastName.”
Young shared the same image on her account.
She had a bit more to say when the couple celebrated their one-year dating anniversary days before announcing their engagement.
Young wrote in a caption that “From the first day I met you, to our first date and our second date when we decided to commit 100% before we barely even knew each other.”
“But we knew what we had was special,” she wrote. “We had that butterflies in your tummy, can’t eat, can’t stop smiling soul mate love.”
“I always knew it was out there, I knew I deserved to find it, I had given up hope that you were out there, and then there you were,” she added. “It was unexpected for both of us and it was a moment that changed our lives forever.”
El Moussa shocked fans in 2016 when he and his then-wife and “Flip or Flop” co-star Christina El Moussa announced they were splitting after seven years of marriage.
They share two children and continued to work together before both eventually got solo shows.
Christina El Moussa remarried in 2018, wedding Ant Anstead, host of the car series “Wheeler Dealers” and they welcomed a son in 2019.