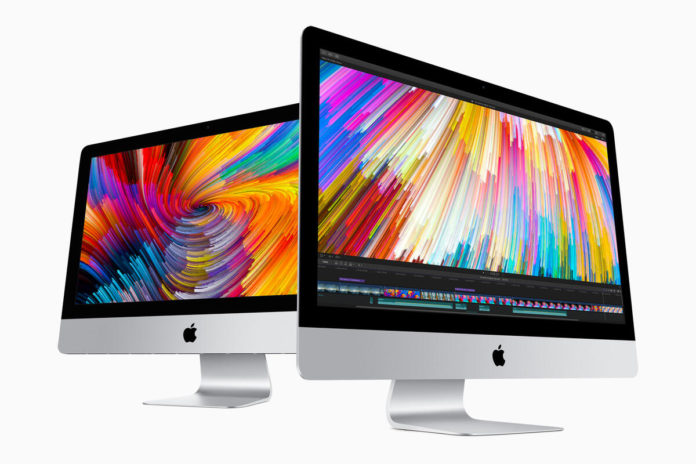 The iMac is a direct descendant of the very first Mac, and it’s often the computer that longtime users think about when they think about the Macintosh. The iMac’s all-in-one design is popular and iconic.

The iMac is great for both novices and demanding users. It can handle general-purpose and heavy-duty tasks equally well. It’s ideal for someone who needs to buy a complete computer setup (keyboard, mouse or trackpad, and display) and wants to maximize workspace efficiency.

Editor’s note: Updated 7/27/20 with a rumor that an iMac refresh is reportedly on the way.

The latest: A refresh, not a redesign, is imminent

While we were all geared up for a new iMac redesign at Apple’s 2020 Worldwide Developers Conference, it never arrived. And now that a transition to Apple’s own processors, it’s looking that we won’t be getting one for a while. Noted leaker Jon Prosser says on Twitter than a new iMac is now due to arrive in August with the same design as before. He doesn’t speak to the rumors of AMD Navi GPUs and SSD drives, so those may be part of the refresh. And it’s an extremely safe bet that INtel processors will still be inside.

Apple offers one standard iMac model. It’s priced at $1,099. It was originally released in June 2017.

Processor, memory, graphics, and storage: The $1,099 iMac has a 2.3GHz dual‑core Intel Core i5 processor, 8GB of memory, and Intel Iris Plus Graphics 640 integrated graphics. The 5,400-rpm drive has a capacity of 1TB.

You can’t upgrade the $1,099 iMac yourself after you buy it, so consider paying an extra $200 at the outset for a memory upgrade to 16GB. If you want to add more RAM later, you need to bring the iMac in to an Apple store. The $1,099 iMac also offers a Fusion Drive or a SSD upgrade.

The $1,099 iMac’s display is an sRGB display, which is the color space the display uses and is enough for most users. The Retina display uses the P3 color space, which is often used for digital movie projection and the film industry.

Speed: The $1,099 is Apple’s slowest iMac. That said, it has enough power for productivity tasks, video and photo editing, and games. The hard drive is a performance bottleneck; if you can upgrade to a Fusion Drive or SSD, you’ll see a significant speed improvement.

Macworld’s buying advice: For new Mac owners, the $1,099 iMac is a good alternative to the Mac mini, providing a nice performance increase. If performance is your top priority, consider a Fusion Drive upgrade. On a 21.5-inch iMac, the 8GB of RAM should be fine, but buying the RAM upgrade at the point of purchase could help you avoid some hassle in the future.

Ready to buy an iMac (with standard display)? Go to the Apple Store

Apple offers two 21.5-inch and three 27-inch models of the iMac with Retina display. Here are the specifications and prices for the five Retina iMac models, which was released in March 2019.

With old 21.5-inch Macs, there was no way to install an upgrade after you bought it, so it was a good idea to add more RAM at the point of purchase. That’s no longer the story with the new 21.5-inch iMac. You can add more RAM later but the upgrade has to be done at an Apple store.

The 21.5-inch iMac with Retina display has a 4096×2304 resolution screen. It uses the P3 color space, which is often used for digital movie projection and the film industry. Also, these screens offer 500 nits of brightness, which is an increase over the screen in older iMacs.

The 27-inch iMac with Retina display has a 5120×2880-resolution screen. Like the 21.5-inch models, it uses the P3 color space, which is often used for digital movie projection and the film industry. These screens offer 500 nits of brightness, which is an increase over the screen in older iMacs.

Macworld’s buying advice: The allure of the Retina display is strong; you’ll love the way it looks. You may not love the way the price looks, however. If you are hesitant about the price, it won’t take long to get over it, once you’ve used the Retina iMac for a couple of weeks.

Ready to buy an iMac with Retina display? Go to the Apple Store

The iMac Pro is the computer for people who work on the most demanding tasks. It’s targeted at creative professionals, scientists, and software developers. It features a 27-inch Retina 5K 5120-by-2880 P3 display and comes in several configurations, including:

The RAM on the iMac isn’t user upgradeable, but Apple says it will upgrade your iMac Pro at the Apple Store like the standard model. So if you’re buying one you probably want to spring for the extra money up front rather than pay more later.

Design and input devices: The iMac Pro comes in an exclusive aluminum space gray case with a matching space gray Magic Keyboard with numeric keyboard and Magic Mouse 2 (or Magic Trackpad 2 for an additional $50). And Apple is supplying a one-of-a-kind black Lightning cable in the box as well for charging purposes.

Security: Apple is debuting the T2 chip with the iMac Pro, a step up from the T1 in the MacBook Pro with Touch Bar. The chip is reposibiile for controlling a variety of components and tasks including the FaceTime HD camera, putting less stress on the CPU. Earlier rumors suggested the chip could be responsible for hands-free Siri on the iMac, but Apple has yet announce such a feature.

Connectivity: Wi-Fi and Bluetooth are included for wireless conenctivity. The back of the iMac Pro has four USB 3 ports, four Thunderbolt 3 ports, a 10 gigabit ethernet jack, and a SDXC card slot.

Speed: The machine is a multi-processing beast, designed to work with pro-level apps that demand multiple processing cores. Apple has issued different configurations of the iMac Pro to select users, including mechanical and aerospace engineer Craig A. Hunter, director and photographer Vincent Laforet, and YouTubers Marques Brownlee and Jonathan Morrison, and all of them say the speed is very impressive.

In our review of the iMac Pro, we confirmed that the new Mac is at its best with software that can take advantage of processors with multiple cores. And the iMac Pro’s graphics performance is spectacular, thanks to the Radeon Pro Vega

Macworld’s buying advice: If you use multi-core software and want the fastest processing speed available, this is the Mac to get. There is a new Mac Pro in the works, though you might be waiting until the end of 2018 before you can buy it.

Ready to buy an iMac Pro? Go to the Apple Store