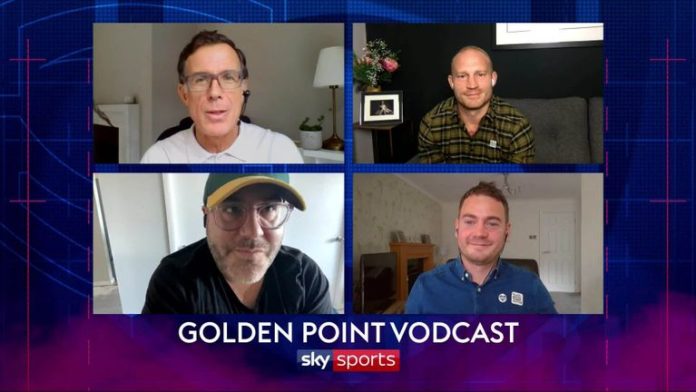 Perez: “I gave up everything for rugby league. I had a career, I found rugby league and I don’t know what happened.”

When he stumbled across rugby league while flicking through the television channels in a Birmingham hotel 10 years ago, Eric Perez could hardly have imagined how much his life would be turned upside down.

By his own admission, the Canadian businessman became instantly obsessed with the sport – so much so that he made it his mission to popularise the 13-man code in his homeland.

It is a decade-long journey which has taken him from founding and running the country’s governing body, giving up his career to do so, to setting up Toronto Wolfpack and now spearheading the entry of a second Canadian side into the British professional game in the form of Ottawa Aces.

“I gave up everything for rugby league,” Perez told the Golden Point Vodcast. “I had a career, I found rugby league and I don’t know what happened.

“I decided I wanted to make rugby league popular in Canada and I went years, when I was working as chairman of the Canadian federation, making no money, putting all my savings into it and trying to build it up.

“When you’re the second club to try this trans-Atlantic venture, everything is so much easier and that’s kind of on the back of the success of the Wolfpack.

“To say our preparations have gone better would be an understatement, it’s been really refreshing to work in this new environment.”

The Aces have already announced former Catalans Dragons player and head coach Laurent Frayssinous as their head coach, with Perez confirming they are close to revealing their first signings on the playing side as well.

The club will join League One in 2021, having acquired the professional licence previously held by Hemel Stags – effectively relocating the professional arm of the club from Hertfordshire to Ontario.

Unlike when Toronto were accepted into the third tier for the 2017 season, Ottawa will be a full member of the RFL as a result of this and successfully argued to be eligible for a share of central funding from the governing body.

“We purchased Hemel Hempstead because they were a member club, albeit not a very commercially viable one,” Perez said, while praising the work the Stags had done in developing young players and being keen to do likewise with Ottawa.

Are you a Canadian athlete looking for the ultimate career? Think you might have what it takes to join the Aces? Submit your application to info@ottawaaces.com #StandOnGuard🏉 #MondayMotivaton pic.twitter.com/7BVj12lHVs

“They were an unbelievable incubator of talent though as we’ve seen a lot of great players come out of Hemel – which is kind of out of nowhere because Hertfordshire isn’t really a hotbed of rugby league. Well, they’ve made it into a hotbed of talent.

“We were supposed to start play this season, but we held out to get central distribution because it’s our right as a member club.

“Also, knowing what I know about Toronto, I knew going forward that’s a fundamental piece. We will be getting some central distribution and working to get full distribution in the future.”

Although he departed following them winning promotion to the Championship at the first attempt, Perez retains an affinity for Toronto and hopes they will be allowed back into Super League next year after announcing their decision to withdraw from the rest of the 2020 campaign.

The lesson learnt from getting rugby league’s first trans-Atlantic club off the ground are serving him well too and Perez is optimistic the sport has a bright future in Canada’s capital city, thanks in part to what the Wolfpack have achieved so far.

“We’re learning from everything we’re seeing and we will be a strong force for years to come,” Perez said. “One of the key pieces to that is we’re properly financed, we’ve got a great plan, we’ve got great partners like Ottawa Sports and Entertainment Group.

“We’ve got – I think – the premier facility in the entire RFL at TD Place Stadium and an incredible fanbase in Ottawa which has already rallied around the club.

“The cut-through we have in Ottawa is already bigger than we had by the time the Million Pound Game rolled through in Toronto last year – and that is partial thanks to the work the Wolfpack have done.”