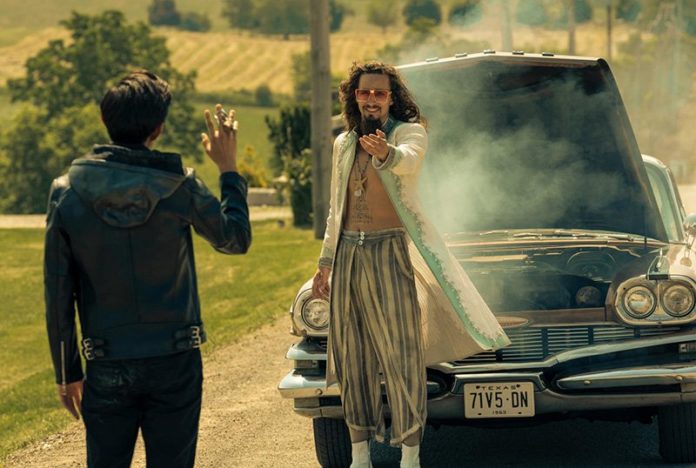 Welcome to Mandatory Streamers, our column covering the best new streaming content coming your way every week! For the week of July 27, Gerard Way’s hit superhero series is back as the same weird family navigates new weird problems in The Umbrella Academy Season 2. Check out the best shows debuting and returning online this week as well as the latest renewal announcements below, and be sure to visit our mother site Mandatory by clicking here!

The Umbrella Academy, Season 2 Premiere: In the second season, Five warned his family (so, so many times) that using his powers to escape from Vanya’s 2019 apocalypse was risky. Well, he was right – the time jump scatters the siblings in time in and around Dallas, Texas. Over a three year period. Starting in 1960. Some, having been stuck in the past for years, have built lives and moved on, certain they’re the only ones who survived. Five is the last to land, smack dab in the middle of a nuclear doomsday, which – spoiler alert! – turns out is a result of the group’s disruption of the timeline (déjà vu, anyone?). Now the Umbrella Academy must find a way to reunite, figure out what caused doomsday, put a stop to it, and return to the present timeline to stop that other apocalypse. All while being hunted by a trio of ruthless Swedish assassins. But seriously, no pressure or anything. The new season launches on Friday, July 31.

Transformers: War for Cybertron Trilogy – Siege, Series Premiere: The series begins in the final hours of the devastating civil war between the Autobots and Decepticons. The war that has torn apart their home planet of Cybertron is at a tipping point. Two leaders, Optimus Prime and Megatron, both want to save their world and unify their people, but only on their own terms. In an attempt to end the conflict, Megatron is forced to consider using the Allspark, the source of all life and power on Cybertron, to “reformat” the Autobots, thus “unifying” Cybertron. Outnumbered, outgunned, and under siege, the battle-weary Autobots orchestrate a desperate series of counterstrikes on a mission that, if everything somehow goes right, will end with an unthinkable choice: kill their planet in order to save it. The series will launch on Thursday, July 30.

Muppets Now, Series Premiere: In a true first for the studio, Muppets Now is an unscripted series filled with improv comedy, off-the-cuff gags, and the Muppets’ celebrity friends. In the six-episode season, Scooter rushes to make his delivery deadlines and upload the brand-new Muppet series for streaming. They are due now, and he’ll need to navigate whatever obstacles, distractions, and complications the rest of the Muppets throws at him. Overflowing with spontaneous lunacy, surprising guest stars and more frogs, pigs, bears (and whatevers) than legally allowed, the Muppets cut loose in Muppets Now with the kind of startling silliness and chaotic fun that made them famous. From zany experiments with Dr. Bunsen Honeydew and Beaker to lifestyle tips from the fabulous Miss Piggy, each episode is packed with hilarious segments, hosted by the Muppets showcasing what the Muppets do best. The series will begin streaming on Friday, July 31.

Frayed, Series Premiere: Set in 1989, this comedy follows the journey of Sammy Cooper, a fabulously wealthy London housewife who is forced to return to her hometown in Newcastle, Australia. In coming home, Sammy must revisit her past and the events that led her to flee as a teenager years ago. The series, starring creator, writer, and producer Sarah Kendall, will premiere on Thursday, July 30.

Don’t Look Deeper, Series Premiere: Set in Merced, California, “fifteen minutes into the future,” ​Don’t Look Deeper ​centers on a high school senior who can’t seem to shake the feeling that something about her just isn’t right. And that something is… she’s not human… not one of us. This revelation of what she really is, where she comes from, and who has started looking for her, sets in motion a series of events that suddenly puts her entire life in jeopardy. From director Catherine Hardwicke and starring Helena Howard, the series premieres on Monday, July 27.

The Boys, Season 3: During [email protected] it was announced that Amazon has given an early Season 3 renewal for Eric Kripke’s The Boys! The first season is available to stream now, and Season 2 will premiere on Friday, September 4.

Outer Banks, Season 2: Netflix has renewed its YA drama series Outer Banks for a second season! The first season is available to stream now.