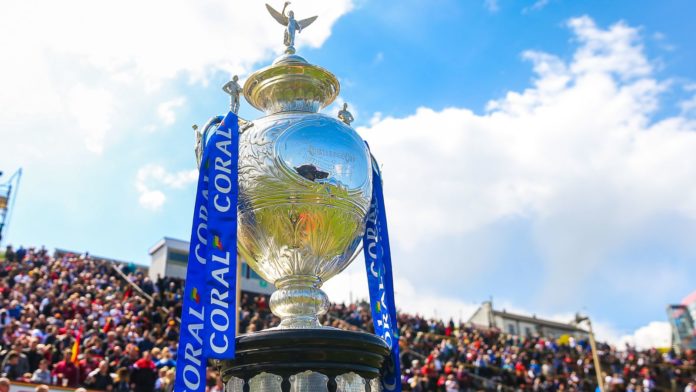 Sheffield Eagles have announced their withdrawal from this season’s Coral Challenge Cup.

Sheffield, surprise winners of the tournament in 1998, were due to host Super League side Hull FC in the last 16 of the competition.

The RFL confirmed earlier this month that the 2020 Championship and League One seasons will not resume after they were suspended in March due to the coronavirus pandemic.

And with a lack of preparation for the clash against their top-flight opponents, the Championship club have decided to pull out from the tournament.

“Player welfare was the overriding factor in exiting this competition,” a club statement read.

“Super League sides will have played three rounds before the next stage of the cup was due to take place compared to over five months since our last competitive fixture.

“It was felt it wasn’t safe to compete, and to do so would risk serious injury to our players.”

🦅 Sheffield Eagles can tonight confirm we will not be participating in the proposed Autumn competition or the next round of the Coral Challenge Cup.

The RFL invited Championship and League One clubs to play in an Autumn tournament to help celebrate the sport’s 125th anniversary.

But the Eagles have claimed it is not financially viable for them to take part and have been forced to pull out “to help safeguard our long-term future”.

A club statement said: “Sheffield Eagles can confirm that the club will not be participating in the Autumn competition for Betfred Championship and League One teams proposed by the Rugby Football League (RFL).

“The club shares the bitter disappointment that will no doubt be felt by our supporters, partners, and sponsors in that we will not see the Eagles in action again in 2020.

“These steps have been taken to help safeguard our long-term future.”