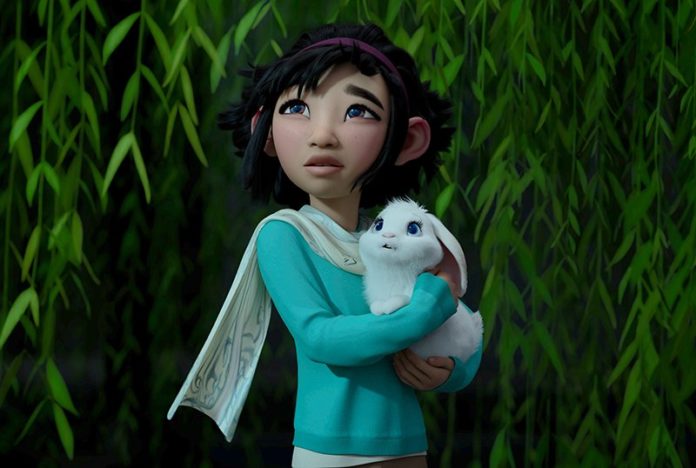 There’s still a few months left until the highly-anticipated animated musical adventure debuts on Netflix and Sony Imageworks has debuted a new photo from Over the Moon showing the family at the center of the story. The photo, along with other art from the film, can be viewed in the gallery below!

RELATED: Over the Moon Trailer & Teaser Art: Believing Is Everything

Fueled with determination and a passion for science, a bright young girl builds a rocket ship to the moon to prove the existence of a legendary Moon Goddess. There she ends up on an unexpected quest and discovers a whimsical land of fantastical creatures. Directed by animation legend Glen Keane, and produced by Gennie Rim and Peilin Chou, Over the Moon is an exhilarating musical adventure about moving forward, embracing the unexpected, and the power of imagination.

Over the Moon is written by Audrey Wells (The Hate U Give) and co-directed by Oscar-winners John Kahrs (Paperman) and Glen Keane (Dear Basketball). Gennie Rim (Dear Basketball), and Peilin Chou (Abominable) serve as producers. Executive producers include Janet Yang (The Joy Luck Club), Keane, Ruigang Li, Frank Zhu, and Thomas Hui. Over the Moon, a Netflix/Pearl Studio Production, will release globally on Netflix in October 2020.