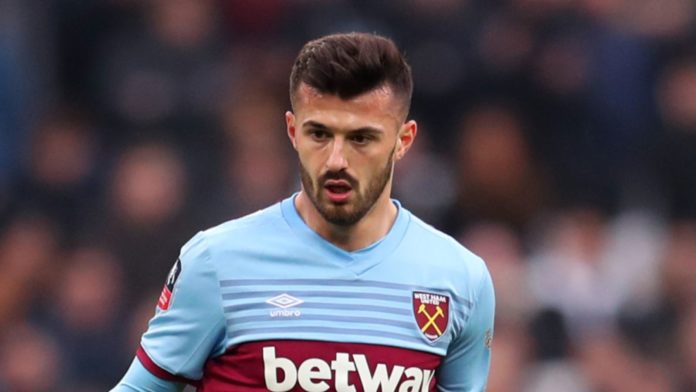 Celtic are closing in on the signings of Albian Ajeti, on loan from West Ham, and AEK Athens goalkeeper Vasilis Barkas.

The Scottish champions agreed a season-long loan deal with West Ham for Ajeti on Monday.

Sky Sports News understands the deal includes an option to buy, for a fee of around £5m.

Ajeti is due to have his medical at Celtic on Wednesday.

Celtic are also in discussions with Greek club AEK Athens for Barkas ahead of the start of the new Scottish Premiership season this weekend.

Greek sources are reporting a deal of €5m (£4.5m) plus add-ons has been agreed for the 26-year-old, who’s been capped 10 times for Greece.

During lockdown Neil Lennon lost the services of both Fraser Forster, who has returned to Southampton after his loan deal ended, and Craig Gordon, who moved to Hearts after his contract expired.

Scott Bain remains with the club, but Celtic were keen to re-sign Forster on a permanent deal, but negotiations could not be concluded with the English goalkeeper.