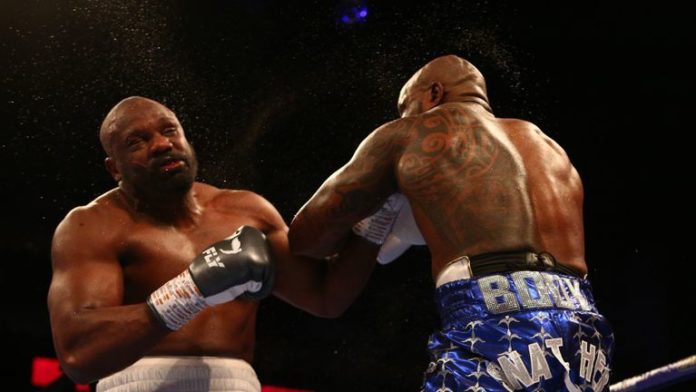 Dillian Whyte has chalked off his 1000th day as the WBC’s No 1 challenger, but why has he waited so long for a WBC heavyweight title fight?

The green and gold belt had appeared in touching distance when Whyte was officially confirmed as the highest-ranked contender by the WBC in November 2017.

Whyte’s unanimous decision win over Robert Helenius had secured the WBC ‘silver’ title the previous month, seemingly a significant step on the path to an inevitable showdown with Deontay Wilder. His pursuit of the most coveted world heavyweight title would soon be rewarded.

Since Whyte received his premier position in the WBC rankings, Bermane Stiverne, Luis Ortiz and Dominic Breazeale have all tried and failed in second opportunities to win a world crown.

Whyte is still sitting there.

Just days after becoming No 1 challenger, Whyte perhaps watched through his fingers as Stiverne was blasted out within a round by Wilder. Stiverne had fought just once to earn his mandatory position, a points victory over faded contender Deric Rossy in 2015, and offered little resistance in a rematch with Wilder.

Earlier that evening, Breazeale had battled Eric Molina, in a meeting of two challengers who had already fallen short in IBF title fights with Anthony Joshua. The prize at stake? Not much for Molina, aside from financial reward, but Breazeale received his own mandatory shot at Wilder after stopping the Texan.

Whyte’s path to Wilder’s door was longer already. All he could do was keep on winning and the Brixton man fulfilled that requirement, flooring and outpointing former WBO champion Joseph Parker the following summer.

Next up was Dereck Chisora. A bitter rivalry had turned ugly again with bizarre insults and the occasional shove, but Whyte had the final word with an explosive 11th round knockout.

Beneath the animosity, Chisora will surely have recognised Whyte’s world title angst, having been turned away in fight week by an injured Wladimir Klitschko.

But Chisora was eventually outpointed by older brother Vitali for the WBC belt and, regardless of his patchy record, would still be granted bouts against the best, including Tyson Fury and David Haye.

Keep on winning was maybe not enough.

Fury had returned from exile and months later, Wilder gleefully watched his unconvincing comeback before swiftly granting him a voluntary shot at the title.

The smoke and mirrors show from Fury was nearly rewarded as he produced a dramatic revival, only for Wilder to salvage a hotly-disputed draw in December 2018.

Whyte and Breazeale would remain in the heavyweight waiting room unless they fought each other, a notion welcomed by the WBC as they put the WBC ‘interim’ belt up for grabs, with the winner ending any dispute about the rightful mandatory challenger.

But Fury opted against an immediate return bout and Wilder instead beckoned Breazeale to the front of the queue.

The Californian’s title challenge was even shorter than Stiverne. A solitary right hand from Wilder ended the fight with 43 seconds remaining of the opening round.

Little-known names like Razvan Cojanu and Travis Kauffman had kept Ortiz busy since his 2018 fight with Wilder and he was back for more, suffering another knockout loss in the rematch, a year-and-a-half later.

Twenty one months on from topping that WBC chart, Whyte had the chance to force a world-title fight, at last, in a final eliminator with Oscar Rivas in July 2019.

Keep on winning. And Whyte did. But that wasn’t enough.

Media speculation over an alleged ‘adverse finding’ in a drug test prior to the fight was strenuously denied by Whyte, yet the WBC still took action, suspending the mandatory status he had just earned in a hard-fought victory over Rivas.

Whyte had to sit and wait again, forced to remain silent for nearly six months, until UK Anti-Doping completely cleared him of any wrongdoing in December 2019. By the time he could finally voice his dismay, a guaranteed fight with Wilder for May 2020 was long gone.

Fury had been made the new mandatory challenger, even before the Brixton man had been exonerated, and Wilder’s 2020 calendar would not have any dates circled in red with the name Whyte.

February 2021 has been pencilled in as a deadline for Whyte’s WBC title fight, provided he defeats Alexander Povetkin on August 22, live on Sky Sports Box Office.

The concussive left hook of the Russian is not the only looming threat to Whyte’s plans, with Fury and Wilder still to confirm the date of their trilogy fight, while Anthony Joshua has voiced his desire to target the winner.

What about Whyte? 1000 days later that question is yet to be answered.