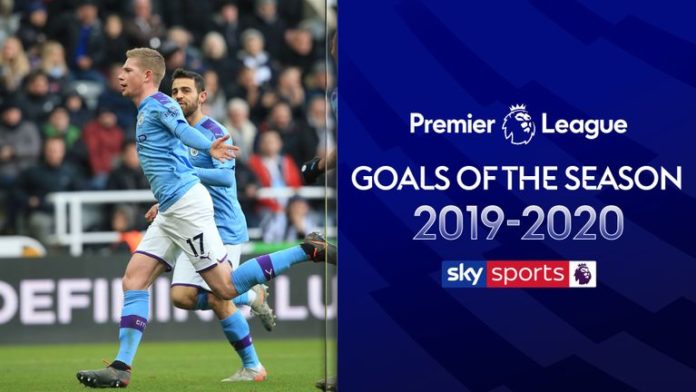 With the 2019/20 season finally concluded, who do you think scored the best goal of the Premier League campaign? Watch the contenders and cast your vote!

There were sensational goals either side of the football suspension, which saw the Premier League elongated until the end of July.

Manchester City’s Kevin De Bruyne is the only player to be nominated twice, with his team-mate Rodri also included on the shortlist.

Che Adams and Fikayo Tomori make the cut with their first ever Premier League goals, with a fine Harry Wilson free kick included too along with Ruben Neves, Douglas Luiz, Harvey Barnes and Jay Rodriguez rounding out the contenders.

Click play on the video above to see all 15 goals in full and then vote for your favourite below!