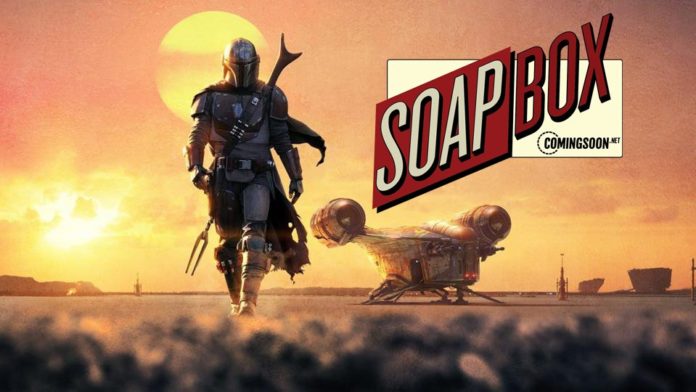 CS Soapbox: Why Mandalorian’s Emmy Nods Are a Big Deal

Today brought the exciting unveiling of the nominations for the 72nd Primetime Emmy Awards, the premiere ceremony for television, and in a groundbreaking turn fresh streaming platform Disney+ landed 19 nominations, 15 of which come from the acclaimed Star Wars spin-off series The Mandalorian, which is actually a bigger deal than what some may realize.

What Is It Nominated For?

You might initially be thinking that, much like the films, the nominations were all in technical categories including visual effects and production design, but in a major turn of events The Mandalorian actually received nominations for Outstanding Drama Series, Outstanding Guest Actor in a Drama Series for Giancarlo Esposito (Better Call Saul) as Moff Gideon in “Chapter 8: Redemption” and Outstanding Character Voice-Over Performance for Taika Waititi as IG-11 in the same episode.

Why Are These Noms a Big Deal?

While a voice-over performance nod might sound like par for the course for the franchise that, up to this point, has almost only had animated TV programs, the fact that it’s for a character who appears in multiple episodes and for an A-list talent such as the Oscar winner is one sign that the Academy of Television Arts & Sciences are turning their eyes to the series.

That and the fact it got nominated for OUTSTANDING DRAMA SERIES. This was a category that, starting in 2009, was dominated by AMC prestige hits such as Breaking Bad and Mad Men with the decade following seeing juggernauts including The Handmaid’s Tale, Game of Thrones, The Americans, Boardwalk Empire, Homeland, Westworld, House of Cards, Better Call Saul and Killing Eve all making it one of the most hotly-contested awards of the night.

This year is really no different as the Mandalorian will still have to face off against Saul, Handmaid’s, Eve, The Crown, Ozark, Stranger Things and Succession, but no matter what its chances are of taking home the trophy, the mere fact that it has landed on the nominations list is a huge leap forward for the small-screen Star Wars universe, as well as the film franchise.

The last time any Star Wars media, film or television, was nominated for such a prestigious award goes all the way back to the 1977 franchise-starting film A New Hope, which garnered ten Oscar nominations including Best Picture, Best Director for George Lucas and Best Original Screenplay. Since then, the 11 films have garnered a total of 37 Academy Award nominations, however not a single follow-up film was nominated for anything more than technical awards and didn’t win any of the awards they were nominated for after the original trilogy finale, Return of the Jedi.

RELATED: CS Soapbox: A Year Later, Are We Over Game Of Thrones?

Plus, the fact that it’s a prestige award such as an Outstanding Drama Series at the Emmy Awards, with its heated competition, rather than an Animated Program is an indicator that the Lucasfilm are willing to invest in material that appeals to adults as much as it does children. That’s not to say that The Mandalorian is a hard R-rated series like Netflix’s The Witcher, but rather is one that uses the films’ frequent PG-13 limits to their extremes to create a thoughtful and rich story that should draw in fans of all ages.

Not to mention the fact that both the critical success and awards contention for the series should help to dissuade long-time fans of the universe who have come to believe that Lucasfilm President Kathleen Kennedy and new franchise home Disney are driving it into the ground. If you only look at the two most recently theatrically-released films in the series, Solo and The Rise of Skywalker, this is frankly a fair assessment as canning Phil Lord and Christopher Miller from the former was a poor decision, and Skywalker was a clear attempt at trying to backpedal on Rian Johnson’s attempts at evolving the franchise formula in The Last Jedi and delivered a messy and heavily-fan-serviced story.

But before those two films, Kennedy and Disney had a vision on how to let the franchise continue, one based solely on the creative voices involved in the projects rather than one based solely in tradition and fan bases, and it was initially proving successful with The Force Awakens, The Last Jedi and Rogue One. They then took the time to reconnect with old fans by reviving The Clone Wars for one proper final season and delving into the origin story of Han Solo in his standalone effort. While the former proved to be a beautiful decision right away for critics and fans alike, time is showing the latter could’ve been a good move if put in the proper hands. 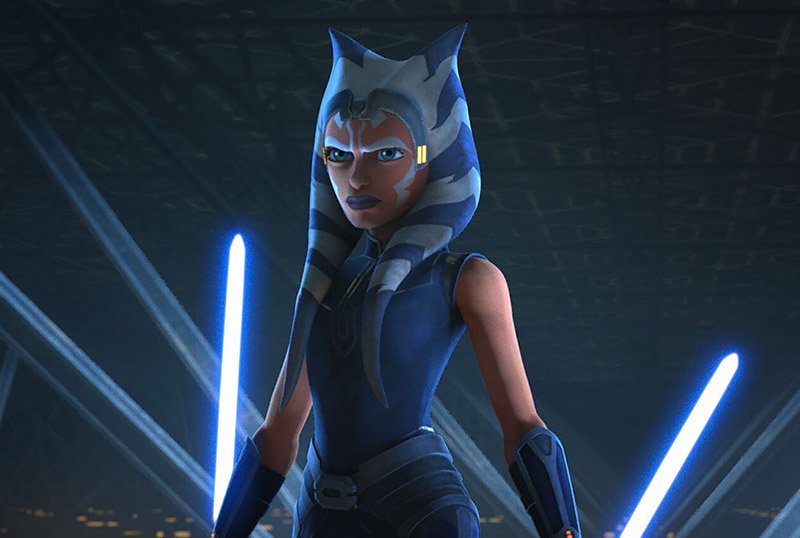 Despite its glossy and expensive production values, it was clear from the opening moments of the series that The Mandalorian was not a studio-interfered project and that Jon Favreau had complete creative reign on the show. It became not only one of the most exciting things to come from the Star Wars universe, but also an indicator of what is to come from it on the small screen. By putting Rogue One co-writer and reshoot helmer Tony Gilroy in charge of the Cassian Andor series, Underground executive producer Joby Harold in charge of the Obi-Wan Kenobi series and the two-time Emmy-nominated co-creator of Russian Doll, Leslye Headland, developing a female-centric series set in the universe, Kennedy and Disney are putting their money behind true creative talent that are sure to reach the high expectations fans have after the debut season of Mandalorian.