Home Sport Hamilton fears for his health at Crucible 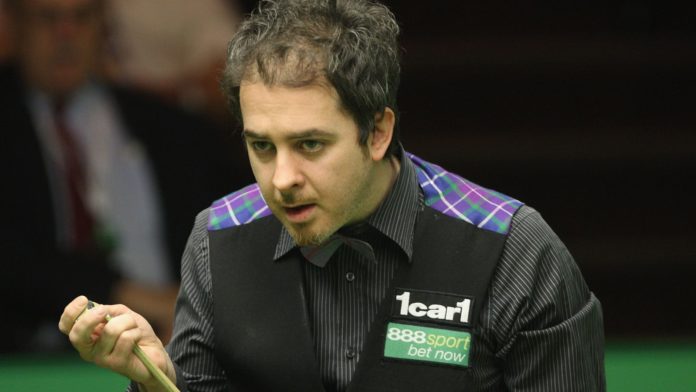 Anthony Hamilton will fear for his health when he steps out at the Crucible due to what he described as the “ridiculous” decision to allow a limited audience at this year’s World Snooker Championship.

The 49-year-old, who suffers from asthma, has blasted the move to make the championship, which starts on Friday. It is the only indoor event among three pilots designed to smooth the way for spectators to return after the coronavirus pandemic.

Hamilton warned: “Let’s say one person gets ill and dies from the Crucible – it’s one person who died for no reason at all, just for entertainment. I think it’s ridiculous.”

Hamilton booked his place in the final stages of the tournament for the first time in 12 years with a 10-5 win over Scott Donaldson in the final qualifying round on Monda, but his win was overshadowed by the prospect of the risks he now believes he is obliged to take.

17 days with 300 people – what are the chances of somebody not having it?

The four-time quarter-finalist, who made his Crucible debut in 1996, added: “On a personal front, I’m high risk – I’ve got asthma so I’ve been diligent to say the least during this lockdown.

“I’ve been shielding, basically. I haven’t been seeing anyone. I’ve been practicing on my own, I’ve been washing all my food, cleaning my clothes before going in the house, all that business.

“Three hundred people for 17 days I think is an absolute risk. For entertainment purposes, it’s well out of proportion. I don’t think it’s a good risk at all.”

Referencing this week’s racing at Goodwood and last week’s cricket at The Oval which constitute the other pilot events, he added: “I understand [them]. They’re outside and they’re one-offs. But 17 days with 300 people – what are the chances of somebody not having it?”

Spectators with tickets for sessions of this year’s event will be issued with a Spectator Code of Conduct and asked to agree to the terms contained in a pre-event liaison document before gaining entry.

Ticket-holders must congregate in a designated area outside the venue shortly prior to the scheduled start time and wear face masks as they make their way straight to their seats, although they can be removed during play.

Ronnie O’Sullivan has also criticised the move but, following Hamilton’s comments, World Snooker Tour officials stressed safety was of “paramount concern” and said the choice of the Crucible to stage the first indoor event with an audience signifies a “fantastic triumph” for the game.

Hamilton said he would “definitely not” have played in the qualifiers if they had been staged in similar circumstances, and seriously considered whether to withdraw when the decision to allow fans into the final stages was confirmed.

It’s just too early for indoor sports in my opinion. The WHO (World Health Organisation) have told us it’s 20 times more likely to catch indoors as opposed to outdoors. [But] there’s never any consultation with the players.

“Honestly, I was debating whether I was going to even play, so once I’d made my mind up to play I had to just deal with the consequences of what I think about things, about the coronavirus stuff,” added Hamilton.

“The bubble we’ve been in (at the qualifiers) has been great. There’s no safer part of life than being in this bubble. Everyone’s been tested, everything’s been cleaned so in effect it’s a safe environment.

“It’s not going to be like that for the Crucible which is a shame – we’re going to be flying by the seat of our pants.

“It’s just too early for indoor sports in my opinion. The WHO (World Health Organisation) have told us it’s 20 times more likely to catch indoors as opposed to outdoors. [But] there’s never any consultation with the players.”

World Snooker Tour responded in a statement: “For the Betfred World Championship to be designated as the first indoor sporting event to be held with a crowd within the UK is a fantastic triumph for not only the World Snooker Tour but all of our partners.

“Independent and government advisers will be on site supporting WST and Sheffield Theatres, observing and assisting in ensuring that the measures which we have put in place are effective.”

For those on the move, we will have the Pool and Snooker seasons covered via our website skysports.com/more-sports, our app for mobile devices, or our Twitter account @skysportspool for latest news and reports.