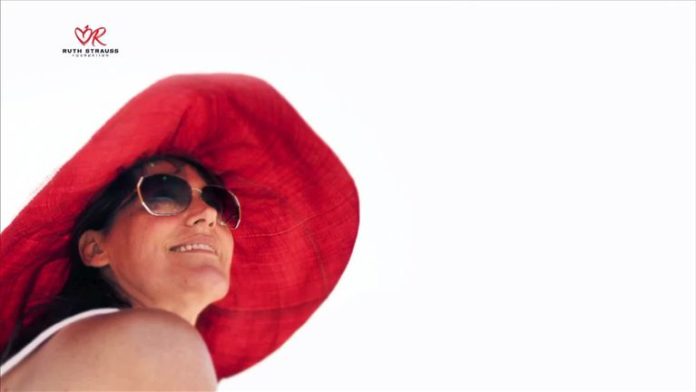 “The money is only there to make a difference and to help people at an awful time in their lives. The responsibility is on us and the foundation to make that happen now”

Sir Andrew Strauss said he was “blown away” by the support for the Ruth Strauss Foundation after over £750,000 was raised across the third #raisethebat Test at Emirates Old Trafford.

The Ruth Strauss Foundation, set up by Sir Andrew in memory of his wife Ruth, who died of a non-smoking lung cancer in December 2018, held its first #RedForRuth day at a packed Lord’s during last summer’s Ashes series, raising just over half a million pounds.

But that total was exceeded by some distance this year despite England’s series with West Indies being played behind closed doors, with people donating in their droves from home.

Former England opener Strauss told Sky Sports Cricket: “We weren’t sure what to expect in this Test match, we weren’t sure how engaged the cricketing public would be with it this year.

“We are just so incredibly thankful for the support we’ve received. We are completely blown away.”

The Foundation has part-funded a Cancer Research UK project into lung cancer, while there is also a focus on training professionals who can offer support and prepare families for the death of loved ones.

Strauss added: “It’s also worth saying it’s not all about the money. The money is only there to make a difference and to help people at an awful time in their lives.

“The responsibility is on us and the foundation to make that happen now. We have the capability to do it, given all the incredible generosity we’ve received. It’s a huge thanks on behalf of the foundation.”