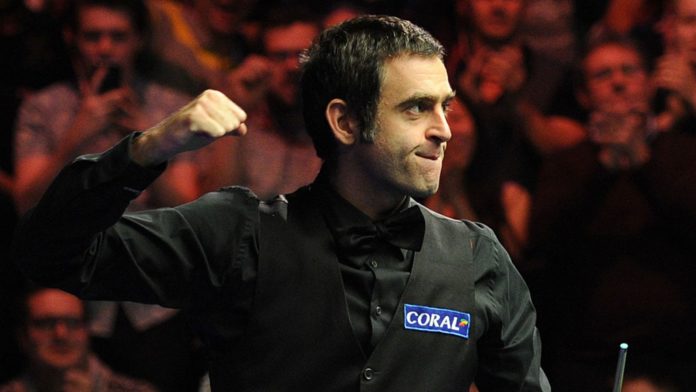 The draw has been made for this year’s World Snooker Championship, which begins on Friday morning

Ronnie O’Sullivan will begin his bid for sixth world snooker title against Thailand’s Thepchaiya Un-Nooh as the two fastest players on the circuit get set to collide at the Crucible.

The world No 20 from Bangkok is regarded as the fastest player in the sport with an average shot time of around 17 seconds.

‘The Rocket’ has not been beyond the quarter-finals in the past six years and he will be wary of his opponent having suffered a shock exit at the hands of amateur qualifier James Cahill in the first round a year ago.

O’Sullivan is seeded to face Ding Junhui in the last 16, a possible match with three-time winner Mark Williams or 2015 champion Stuart Bingham in the quarter-finals and he could come across 2010 world champion and world No Neil Robertson in the semi-finals.

Defending champion Judd Trump will start on Friday morning against world No 26 Tom Ford, who beat Stuart Carrington in the final round of qualifying on Tuesday night.

Third seed and three-time champion Williams will start against Alan McManus, who is the oldest player in the tournament since Steve Davis reached the quarter-finals at the age of 52 in 2010.

Higgins will take on Welshman Matthew Stevens, a two-time losing finalist who successfully came through qualifying.

Anthony Hamilton, who has expressed grave concerns about safety after the decision to allow in a limited number of fans to attend, will start his match against eighth seed Kyren Wilson on Friday.