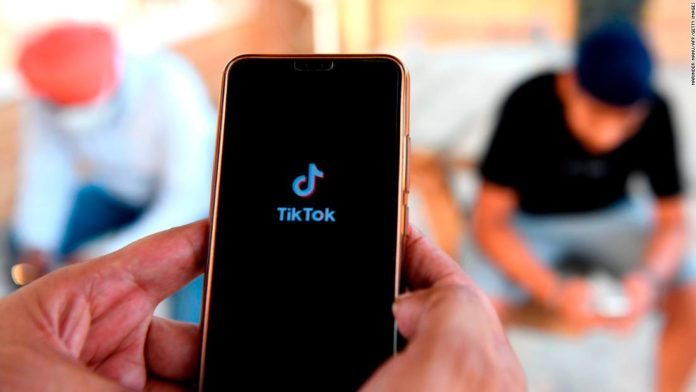 The Indian government banned an additional 47 apps, all clones or variations of 59 other apps India blocked last month on national security grounds, an official at India’s Ministry of Electronics and Information Technology told CNN Business on Tuesday.
Caught up in the initial ban were several prominent Chinese apps, including the wildly popular video sharing app TikTok. App clones or variants would likely include lighter versions designed for entry-level smartphones with limited memory.
“Although the decision is based on the fact the new apps are the clones of the previously banned apps, we believe that this signals a strong intent from the Indian government’s point of view on their stand about data security and privacy,” said Tarun Pathak, associate director at Counterpoint Research. “This will surely open up a lot of discussion about other apps as well.”
Indian media reported on Monday that the government is also reviewing more than 250 other apps, including popular mobile game PlayerUnknown’s Battlegrounds (PUBG), published by Tencent (TCEHY), and AliExpress, a shopping platform from Alibaba (BABA). PUBG was the top mobile game by monthly active users in India last year, according to analytics firm AppAnnie. A government spokesperson declined to comment.
The moves are the latest sign of deterioration in the India-China relationship. Last week, India restricted neighboring countries from bidding on public contracts, citing “grounds of defense of India” and “national security.” The restrictions, which carved out exemptions for Bangladesh, Myanmar and Nepal, were largely viewed as aimed at China.
Geopolitical tensions between the two countries continue to escalate after deadly border clashes last month left at least 20 Indian soldiers dead. Many Indians have called for a boycott of Chinese goods and services, particularly from China’s dominant tech industry.
Beijing pushed back on the pressure campaign, calling on India “to safeguard the legitimate rights and interests of international investors, including Chinese companies,” a spokesperson for China’s Foreign Ministry said in a statement to CNN Business.
The Indian government should “create a fair, just and non-discriminatory environment for economic and trade cooperation between China and India,” the statement added.
— Shawn Deng contributed to this report.