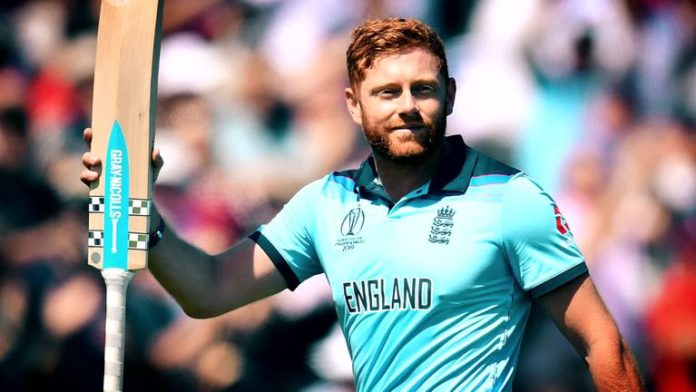 Watch the first ODI between England and Ireland live on Sky Sports Cricket from 1.30pm on Thursday

Captain Eoin Morgan has challenged England to get stronger as a team as a “new journey” towards more World Cup glory begins on home soil against Ireland on Thursday.

Morgan remains at the helm after leading England to their first 50-over global title last summer to complete a remarkable turnaround in fortunes following the side’s early exit from the 2015 tournament.

The 33-year-old is without over half of the side that triumphed in last summer’s final at Lord’s – Joe Root, Ben Stokes, Chris Woakes, Jos Buttler, Mark Wood and Jofra Archer all remaining with the England Test squad that wrapped up a series-win over West Indies on Monday.

That has created the opportunity for emerging players such as Tom Banton and Saqib Mahmood to build on the international careers they began against South Africa in the winter and Morgan says it’s a chance they must grab given the competition for places in the squad.

Four years ago England’s revival began with a pulsating 3-2 series win over New Zealand as the team showcased a more aggressive brand of cricket and looking ahead to Thursday’s match, Morgan reflected: “This series is probably similar in the fact that we at the start of a new journey with new players.

“So our main focus has been to get the best out of all of the players that have come in and hopefully create opportunities for those guys, which will hopefully lead to us getting stronger as a team.”

Sussex opener Phil Salt missed out on a place in the squad despite scoring a hundred off 58 balls for the England Lions against Ireland on Sunday, while Warwickshire’s Sam Hain was also unable to force himself in despite a List A average of 59.78.

However, Hampshire’s James Vince, who averages 24.09 in 13 ODIs, and Kent’s Sam Billings – whose return is 22.58 from his 12 ODI innings – are included and Morgan admitted that selection had not been easy.

“Over the last four-and-a-bit years we’ve always had tough decisions to make and I think everybody who was left out was a tough call,” he said.

“The standard and skill level that has been produced since the guys have come together has been exceptional. It’s been way above the standard that I expected given the time we had off.

“Certainly, the two guys were unlucky to miss out along with others. I think we’re blessed with a high calibre group of top-order batters, not only in the first XI but also sitting in the wings.”

Speaking about Vince and Billings, he added: “I think a lot of the perception is that they’ve almost had their chance and their time has gone, whereas we see it as: going into the next World Cup we need experienced guys making good decisions under pressure, that’s exactly what we’re after, and experience lends itself to that.

“We’ll continue to give opportunities, but it’s to those guys we feel might have an impact in selection on the next two T20 World Cups or the next 50-over World Cup.”

Thursday’s contest marks the first match of the ICC’s Men’s Cricket World Cup Super League, a new points-based competition which will determine who qualifies for the 2023 World Cup.

England, unlike hosts India, do not qualify automatically for the tournament despite being defending champions and for now Morgan is reluctant to make a judgement on the League until he’s experienced what it is like.

“Having more opportunities to play more series on a shorter basis is a good thing,” he reflected.

“For a long time now I’ve talked about having Tri-Series on a shorter basis because it’s trying to replicate an ICC tournament – you have must-win games and a final stage as opposed to purely a bilateral series.

“But we’ll see how these next few series we play go and I’ll probably form a more constructive or objective opinion by then.”

Watch the first one-day international between England and Ireland, live from The Ageas Bowl from 1.30pm on Thursday.