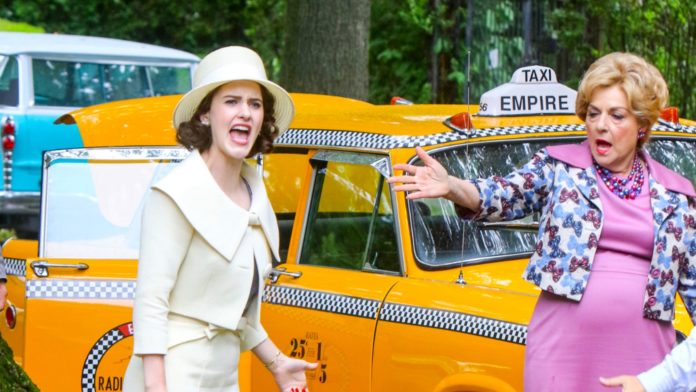 HBO and Sky Atlantic superhero series Watchmen has received the most nominations for this year’s Emmy Awards.

HBO and Sky Atlantic have also scored big with Succession – the series has pulled 18 nods.

Netflix’s Ozark and CBC’s Schitt’s Creek make up the rest of the top five, securing 15 nominations each.

British nominees in the best actress in a drama series include Jodie Comer for her role as Villanelle in Killing Eve, and Olivia Colman for her portrayal of the Queen in The Crown.

Brian Cox is nominated for Succession in the best actor in a drama category, where he plays media mogul Logan Roy.

Westworld’s Thandie Newton and The Crown’s Helena Bonham Carter are both up for supporting actress in a drama category for their respective roles as sex worker robot Maeve and Princess Margret.

Ireland’s Fiona Shaw has been nominated for a second time for her role as Killing Eve’s MI6 boss Carolyn Martens, while Paul Mescal is up for lead actor in a limited series for his role as Connell in Normal People.

Mescal thanked his co-star Daisy Edgar-Jones, who earned widespread critical acclaim for her portrayal of Marianne, but has missed out on a nomination in the actress category.

“This only exists because of you and your extraordinary talent, it’s as simple as that,” he wrote on social media.

Netflix as a platform has picked up the most nominations, securing 160 nods and beating rival HBO for the second time.

HBO, which is up for 107 awards, has lost out this year after the final season of Game Of Thrones aired in 2019.

2020 marks the first time some channels and platforms have been nominated.

Disney Plus’ series The Mandalorian has also picked up 15 nominations ahead of the second series launching later this year.

Apple TV’s The Morning Show has had several acting nods, including for Jennifer Aniston and Steve Carell – but not for Reese Witherspoon.

And Quibi has picked up 16 nominations as a platform, despite having only been hosting content for three months.

Here are some of the notable categories and nominees:

Lead actor in a comedy series

Lead actress in a comedy series

Lead actor in a drama series

Lead actress in a drama series