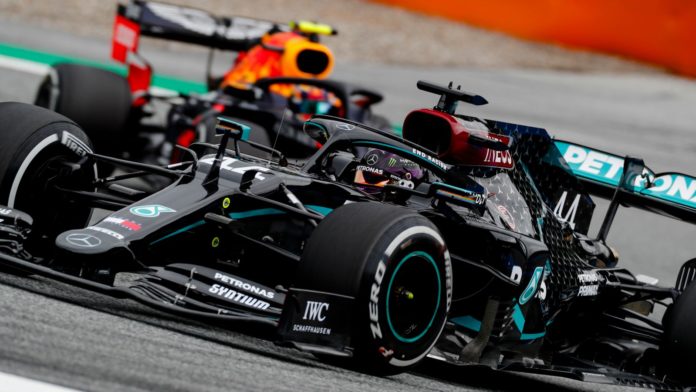 Assessing each team’s performance so far in 2020, where they can improve and what their prospects are for this weekend’s British GP; Watch every Silverstone session live on Sky F1

Formula 1’s relentless winning machine continues. Three poles, three wins, and already handy leads in both world championship battles. Having absolutely confirmed the formbook from pre-season testing back in February that the W11 would start the season as the grid’s quickest car, Mercedes have enjoyed a qualifying advantage of at least half a second over the field so far.

What do they need to work on?
The world champions have said they are still keen to see how the W11 performs in hot conditions compared to last year’s W10, while they will inevitably continue to push for more performance in all areas – including, they have confirmed, DAS despite the device’s outlawing for 2021.

What are their Silverstone prospects?
Strong. Very strong. With a record of seven consecutive pole positions around one of the sport’s fastest and most flowing circuits, would-be rivals are going to have to go some to deny them more success over the double header.

The biggest enigma of F1 2020 so far? Red Bull look certain to be, as expected, Mercedes’ main rivals this season, but have struggled for speed and, unusually for them, stability through the corners. An Austria back-to-back which showed a fair amount of promise was followed by an underwhelming, and confusing, Hungary, as having expected to be challenging for pole, Verstappen was a whopping 1.8s slower than Hamilton in the lead Red Bull in qualifying. A salvaged second place – even after a crash on the way to the grid – shows the RB16 can still be very handy in the race, but the team certainly haven’t hooked up a perfect weekend yet.

What do they need to work on?
Unlocking the RB16’s potential and solving the driveability concerns have to be top of the agenda. Red Bull have been slower than last season with this car so far, admitting that the upgrades brought to Hungary didn’t “behave themselves” – as proved by the timesheets and spins from their drivers. Neither Verstappen nor Alex Albon have been comfortable.

What are their Silverstone prospects?
You’d usually expect Red Bull to drop back at a high-speed circuit but given how far off the pace they were through the twists and turns of Hungary, a return to Austria form seems more likely this weekend – even if Mercedes’ straight-line speed makes them heavy favourites. Progress after two weeks of analysing data is critical for Red Bull.

They may not be the outright third-fastest team of F1 2020 so far, but McLaren have certainly made the most of opportunities where others behind Mercedes haven’t yet – particularly in the opening Austria double header. Hungary was a little more of a reality check, with Racing Point clearly quicker there, but Lando Norris is optimistic they can “definitely” stay in the hunt for third in the constructors’ this year, with only two members of F1’s usual ‘Big Three’ currently where you’d expect them to them.

What do they need to work on?
McLaren said their performances around the Red Bull Ring and Hungaroring generally tallied with the strengths and weaknesses seen on the MCL35 at testing, meaning they will now inevitably work to improve the latter over forthcoming rounds. Test items are already confirmed for the second week at Silverstone.

What are their Silverstone prospects?
The high-speed circuit will be a fresh test for the MCL35, but the car ran well at Barcelona testing where aero is also key so there’s reason for more encouragement there. Carlos Sainz was ‘best of the rest’ in sixth place here last year.

No team have ruffled the feathers of their rivals more than Racing Point in F1 2020, having made by far the biggest leap in performance in a car which has been heavily influenced by last year’s Mercedes. We await the results of Renault’s protest, but what we do know is that the RP20 is – at the very least – the third-fastest car on the grid at the moment, which is testament to their winter work after finishing seventh last season. Given Sergio Perez and Lance Stroll’s pace in Austria and Hungary – where they comfortably locked out the second row – the team will be disappointed not to have a podium.

What do they need to work on?
With major upgrades difficult to push through in a condensed season, Racing Point can take solace from the fact they have a very, very solid baseline with their car. Converting performance and potential into results is next.

What are their Silverstone prospects?
Being very quick on the straights and through the corners is an excellent recipe for success at any F1 track, and in particular Silverstone’s sweeping layout. No team is based closer to the track than Racing Point, and few should have higher expectations.

They’ve gone from being the quickest on the straights to the slowest. They’ve gone from being Mercedes’ main rivals to fifth. They’ve gone from targeting the title to putting it off until 2022. Hardly anything has gone right for Ferrari so far in 2020 – minus an unlikely second for Charles Leclerc in the season-opener. Leclerc and Sebastian Vettel have each been knocked out in Q2 in qualifying, and while Ferrari looked more competitive in Hungary than Austria, the famous Scuderia look far more likely to be a midfield runner this season than they do a race-win challenger.

What do they need to work on?
Everything bar slow-speed corners seems to be a weakness for Ferrari at the moment. The straights are where they’re losing the most amount of time, so more engine power and/or less drag is much-needed.

What are their Silverstone prospects?
Not great, and certainly nowhere near what you’d expect for a team who have finished on the podium in the last three British GPs. One glimmer of hope for Ferrari is that we haven’t seen the upgrades – which were fast-tracked for the Styrian GP but only got a few laps of use in the race – in action on a high-speed track yet.

It has been solid but no more than that for Renault so far, whose hat-trick of eighth-place finishes show the work they have to do to move up the order. Progress has perhaps been masked by the gains made by others, but the gaps to those directly ahead are certainly not insurmountable if the team and drivers can maximise the RS20’s potential every weekend.

What do they need to work on?
In terms of performance, Renault are bringing what they call a “reasonable upgrade” to the British GP as they prepare for the different challenge that Silverstone presents. The team have also been targeting better reliability with Hungary their only two-car finish so far.

What are their Silverstone prospects?
Britain was a good weekend for the team last year, with double top-10 results in qualifying and the race, and so there is reason for optimism again.

AlphaTauri have been operating in somewhat of a middle ground in F1 2020. They’re much quicker than the three teams behind, but don’t quite yet have the pace to consistently challenge their midfield rivals ahead. Considering that, two points finishes, as well as the performances of Pierre Gasly (seventh in Austria and in Q3 before retiring in Hungary), gives the team reasons to be cheerful.

What do they need to work on?
Downforce and not engine power is what AlphaTauri believe they are lacking at the moment – which is testament to the work Honda have done over the last few years. “The car has no major weaknesses in any particular area,” said Gasly, although both drivers do admit it’s short of outright pace and balance.

What are their Silverstone prospects?
One points finish in the last three years at Silverstone doesn’t bode particularly well for the newly-named team, but judging by Austria they should be well-placed to capitalise on any opportunities left behind by the usual top-10.

This has certainly not been the start of the season that Alfa Romeo had in mind. Qualifying slowest of all in Hungary underlined the work ahead for the Hinwil team, although their 2020 car has fared better against their rivals in the lower midfield on race day. Antonio Giovinazzi’s attrition-assisted two points from the opening event in Austria is Alfa Romeo’s only tangible result so far.

What do they need to work on?
With three double Q1 eliminations from three, qualifying pace is clearly a cause for alarm and an area they’ll bid to urgently eek more performance out of the C39. The team say the opening triple header has allowed them to prioritise the areas they need to work on from Silverstone.

What are their Silverstone prospects?
The old airfield is fairly unforgiving in terms of car performance, so any aero weakness is going to be firmly exposed here. But it’s all about that qualifying performance to set the tone for an improvement, as Kimi Raikkonen and Giovinazzi bid to escape Q1 for the first time this year.

While single-lap pace was regularly the 2019 car’s saving grace, Haas currently have no such luxury from the VF-20 which doesn’t possess the fundamental speed of recent predecessors. That makes the battle for points very tough, with their opportunistic pitting of their cars for slick tyres on the formation lap in Hungary underlining the kind of bold calls they are going to have to keep making – even if it did ultimately earn them post-race penalties.

What do they need to work on?
With no big upgrades planned in this condensed season, Haas are especially going to have to have to hone and improve what they’ve already got – with cornering performance one key area.

What are their Silverstone prospects?
The next week could be something of an uphill struggle for Haas, with a shortfall of power from their Ferrari engine and a lack of high-speed cornering performance not the combination you need to be successful at Silverstone.

They may still be bottom of the standings and point-less, but Williams have shown genuine progress in 2020. Three Q2 appearances in six qualifying sessions proves that – particularly for a team who failed to make it out of Q1 at all last year – while George Russell’s 12th place in Hungary’s dry qualifying hinted that Williams could be a midfield force. The big problem is, they haven’t been able to back up their Saturday pace on a Sunday.

What do they need to work on?
Race pace. Williams were much faster on a Sunday than in qualifying in 2019 but that trend appears to have reversed this season, with the team still finishing last in every race despite those improved grid slots. Impressive running in the wet-weather does at least prove they have a good chassis this year.

What are their Silverstone prospects?
Their straight-line speed doesn’t seem to be as strong as their Mercedes-powered competitors, but Williams could pick off a few rivals given Haas and Alfa Romeo’s engine worries. Remarkably, Williams have only scored one point at a British GP since 2015 – which was the last F1 race they led.

Next stop for Formula 1: Silverstone! Watch the British GP, the first of two consecutive races at the famous circuit, live on Sky Sports F1 from Friday.