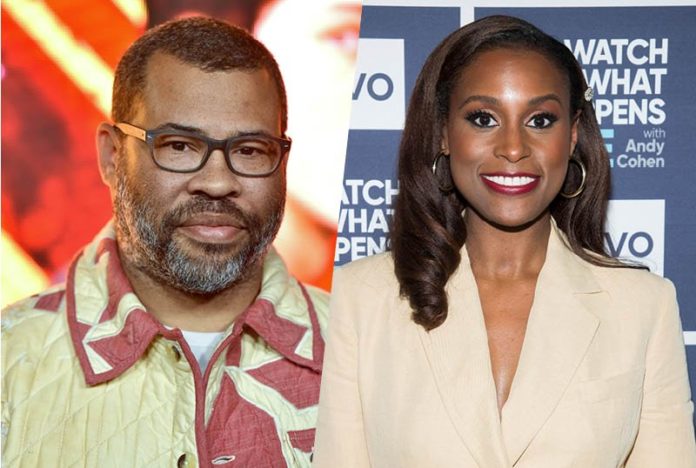 Emmy Award winner Jordan Peele (Us) and Emmy Award nominee Issa Rae (Insecure) are putting their creative heads together to produce a feature adaptation of the horror short story Sinkhole at Universal Pictures, according to The Hollywood Reporter.

Written by Leyna Krow and published in 2016, the story centers on a young family as they move into their dream home and discover a gaping sinkhole in their backyard. But much to their shock, the sinkhole takes all things that are broken and destroyed and makes them perfect again, but must confront what happens when that thing is a person.

Though there aren’t currently any writers or directors attached to the project just yet, sources report the film is being considered a potential star vehicle for Rae, who will produce the “genre piece that engages on the question of female perfection and identity” via her Issa Rae Productions banner alongside Montrel McKay and Sara Rastogi.

Peele and Win Rosenfeld are set to produce the project via his Monkeypaw Productions banner, which has been behind both of his hit directorial efforts as well as contributing to the Oscar-winning BlacKkKlansman and highly-anticipated Candyman reboot from Nia DaCosta, as well as the Peele-hosted Twilight Zone revival and HBO’s upcoming adaptation of Lovecraft Country.

Rae previously worked with Universal on the fantasy comedy Little and the well-received romantic drama The Photograph, while Peele’s collaboration with Universal harks back to his Oscar-winning directorial debut Get Out and his follow-up Us, as well as the forthcoming Candyman and puppet horror film Abruptio.