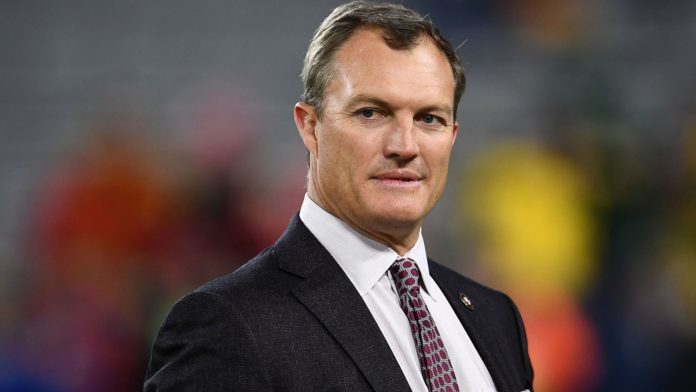 General manager John Lynch has agreed to a new five-year contract with the San Francisco 49ers that will keep him at the franchise until 2024.

Financial terms were not immediately known for Lynch, who has helped the 49ers change their fortunes since joining the team in 2017.

The contract extension will keep Lynch, 48, and head coach Kyle Shanahan together with the 49ers for at least five more seasons.

Shanahan’s contract was extended by six seasons earlier this offseason, putting him under contract through until 2025.

The team fell one win short of the franchise’s sixth Super Bowl title and first since the 1994 season after losing 31-20 to the Kansas City Chiefs in Super Bowl LIV earlier this year.