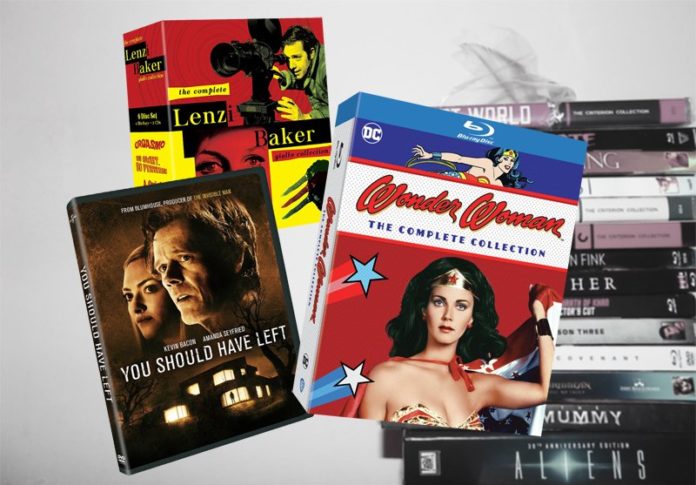 Welcome to ComingSoon.net’s July 28 Blu-ray, Digital HD and DVD column! We’ve highlighted this week’s releases in detailed write-ups of different titles below! Click each highlighted title to purchase through Amazon!

You Should Have Left (DVD)
In this psychological thriller from Blumhouse Productions and legendary screenwriter David Koepp, Kevin Bacon and Amanda Seyfried star as a couple seeking a restful vacation in a remote home in the Welsh countryside. What at first seems like a perfect retreat distorts into a terrifying nightmare when reality begins to unravel, dark episodes from the past resurface, and a sinister force in the house refuses to let them leave.

RELATED: CS Video: You Should Have Left Interview with Kevin Bacon & Amanda Seyfried

Legacy of Lies (DVD)
In this pulse-pounding spy thriller, Scott Adkins stars as an ex-MI6 agent who gets dragged back into the world of espionage by a beautiful journalist.

Zombie for Sale
When the illegal human experiments of Korea’s biggest Pharmaceutical company go wrong, one of their ”undead” test subjects escapes and ends up in a shabby gas station owned by the Park family a band of misfits spanning three generations who hustle passers-by to make ends meet. When the Park family uncover their undead visitor, he bites the head of their household, who instead of transforming into an undead ghoul becomes revitalised and full of life!

Gundala
A preeminent comic book superhero and his alter ego Sancaka enter the cinematic universe to battle the wicked Pengkor and his diabolical squad of orphan assassins.

Nothing Stays The Same: The Story Of The Saxon Pub (DVD)
This doc celebrates the last 30 years of live music in Austin, Texas, while also examining the challenges faced by musicians and music venues in one of the fastest-growing and most popular cities in the USA, all through the lens of the legendary Saxon Pub

Thirteen Ghosts
A family inherits an elegant mansion from a deceased relative. The catch is that along with the house comes a slew of ghosts that can be seen only through special goggles.

Lorenzo’s Oil
For Augusto and Michaela Odone (Nolte and Sarandon), the news that their five-year-old son, Lorenzo, has a rare terminal disease is sobering, to learn there is no known cure is devastating.

20,000 Leagues Under the Sea
Stuart Paton’s 1916 epic retelling of Jules Verne’s classic novel, shot on location in the Bahaman Islands. Allen Holubar stars as the domineering Captain Nemo, who rescues the passengers of an American naval vessel after ramming them with his iron-clad, steampunk submarine, The Nautilus.

Revenge of the Living Dead Girls
Promoted as France’s first gore film, La revanche des mortes-vivantes is a consumate shocker of horror and sex that as grown into a legend as being one of the sickest and most perverse of zombie films.

Kiss the Blood off My Hands
Former POW Bill Saunders (Burt Lancaster), now living in England, is scarred with unstable and violent tendencies. After killing a man in a bar fight, he flees the scene and manages to find cover in the home of Nurse Jane Wharton (Joan Fontaine), who agrees to take him in and believes his story that the killing was an accident.

The Wild, Wild World of Jayne Mansfield
Jayne takes us on a review of her last world tour with stops in Paris and Italy where she shares a fantasy about Roman athletes and then jets off to Cannes.

Old Dracula
In this spoof of the Transylvanian legend, David Niven stars as Count Dracula, who sinks his fangs into a bevy of Playboy Bunnies in order to find the right blood type to resurrect his dear-departed wife.

Black Rainbow
A North Carolina newsman tracks the story of a traveling psychic, her father and her visions of death. Rosanna Arquette, Jason Robards and Tom Hulce star.

Bloodstone
The Bloodstone, a priceless stolen ruby, accidentally ends up in the possession of American newlyweds Sandy and Stephanie.

Sukiyaki Western Django
In this action-packed Western, a nameless gunfighter arrives in a town ripped apart by rival gangs and, though courted by both to join, chooses his own path.

Life Is a Long Quiet River
The radiantly bourgeois Le Quesnoys with their immaculate children and perfect manners and the grubby, disreputable Groseilles are thrown together in absurd chaos by an act of revenge as they discover that twelve years prior their babies were switched at birth.

The Shakedown
Dave Roberts (James Murray) is a fighter better known for taking falls in fixed fights than for taking home the prize money. He is part of a traveling team of scammers that fleece gamblers across the country. But then he falls head-over-heels for a fiery waitress (Barbara Kent) and a rough-and-tumble orphan (Jack Hanlon), and he begins to dramatically alter his life inside and outside of the ring.

Hiroshima
Adapted for the screen by independent director Hideo Sekigawa and screenwriter Yasutaro Yagi, Hiroshima combines a harrowing documentary realism with moving human drama, in a tale of the suffering, endurance and survival of a group of teachers, their students and their families.

Haven
Drawn by warm waters and nonexistent taxes, rich businessmen and their families flock to the once-sleepy Cayman Islands. But these dramatic demographic changes incite a culture clash that forces the residents to take stand. Starring Zoe Saldana and Orlando Bloom.

Possession
Jess (Sarah Michelle Gellar) is plunged into chaos when her husband, Ryan, and brother-in-law, Roman (Lee Pace) end up in comas after a horrific accident. When Roman finally wakes, he insists that he is Ryan. Has the spirit of Jess’s beloved husband returned to her, or is there something much more sinister at work?

The Phantom Rider
Buck Jones, the great king of outdoor adventure drama in his most exciting and mysterious role? Playing a daring lone hand against a band of ruthless outlaws, who stop at nothing to steal control of every ranch in the valley and the fabulous gold mine of one of their victims!

First Snow
Stranded after an accident outside a desolate town, Jimmy Starks (Guy Pearce) visits a fortune teller (J.K. Simmons) to pass the time, but soon learns that his days are numbered. Now, with his ultimate fate looming nearer, Jimmy becomes obsessed with revisiting his past in hopes of changing his destiny.

Even Money
Starring Kim Basinger, Nick Cannon, Danny DeVito, Kelsey Grammer, Forest Whitaker and more, this film is a ferociously compelling drama that follows the lives of nine individuals as their fates become increasingly entwined in a web of addiction and gambling, culminating at one critical moment where their lives will be lost or reclaimed.

Amulet
Now In Theatres. Tomaz, a former soldier haunted by his past, takes refuge in the home of Magda-a lonely woman struggling to care for her ailing mother. As he finds himself falling for Magda, he begins to notice strange and unexplainable phenomena.

The Rental
Two couples on a weekend getaway grow suspicious that their rental host has sadistic intentions in this unnerving debut thriller from Dave Franco. Alison Brie and Dan Stevens star.

Most Wanted
Inspired by a gripping true story, an investigative reporter (Josh Hartnett) fights to expose the twisted truth behind a heroin bust orchestrated by dirty cops to frame an innocent man – sentencing him to life in a Thai prison.

Fisherman’s Friends
A fast living, cynical London music executive heads to a remote Cornish village where he’s pranked by his boss into trying to sign a group of shanty singing fishermen. He struggles to gain the respect or enthusiasm of the unlikely boy band and their families. Soon he’s forced to reevaluate his own integrity and ultimately question what success really means.

Deep Blue Sea 3
As the body count rises, it becomes clear that genectically enhanced bull sharks will end life as we know it. Dive in for the deadliest, bloodiest return to the deep blue sea yet!

Wonder Woman: The Complete Series
With the strength of Hercules, the wisdom of Athena, the speed of Mercury and the beauty of Aphrodite, she’s Wonder Woman. Beautiful Amazon princess Wonder Woman (Lynda Carter) travels to America disguised as Diana Prince, assistant to handsome but trouble-prone Major Steve Trevor (Lyle Waggoner). Using her golden belt, which imbues her with astonishing strength, her bullet-deflecting bracelets, a golden lasso that dispels dishonesty and an invisible supersonic plane, Wonder Woman combats evil.

Hawaii Five-O: The Final Season (DVD) (exclusive extended scene)
Bomb threats. Kidnappings. Assassinations. And yes, even pirates. The final cases of HPD’s finest are among the hottest the islands have ever seen.

NCIS: The Seventeenth Season (DVD)
The 17th season of NCIS returns immediately after Ziva’s (Cote de Pablo) warning to Gibbs (Mark Harmon) that his life is in danger.

Deadwater Fell: Series 1 (DVD)
Physician Tom (David Tennant) and his teacher wife (Anna Madeley) lead a seemingly perfect life in a Scottish town. Then a fire ravages their home one night, forcing those closest to them to question everything they knew about their friends. Cush Jumbo and Matthew McNulty also star. 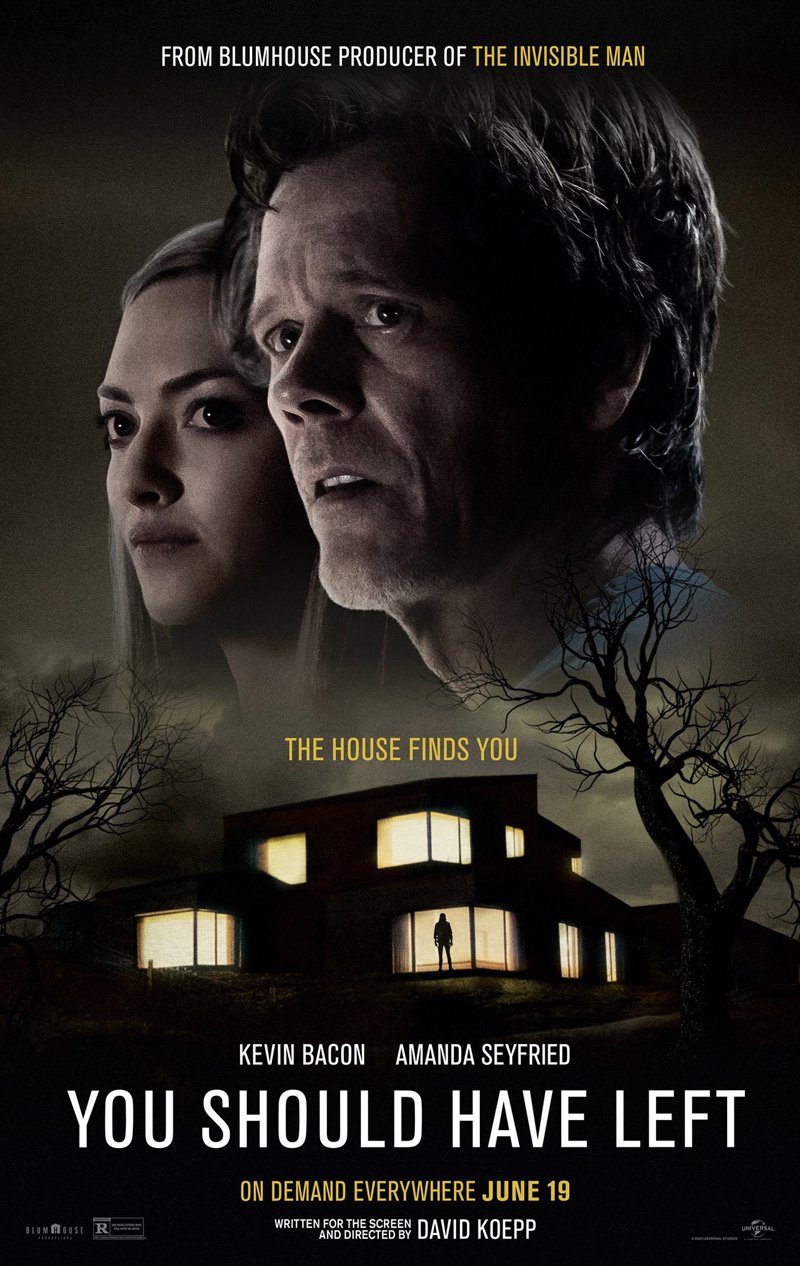