Home World Clarisonic is shutting down. Its devoted fans are panicking 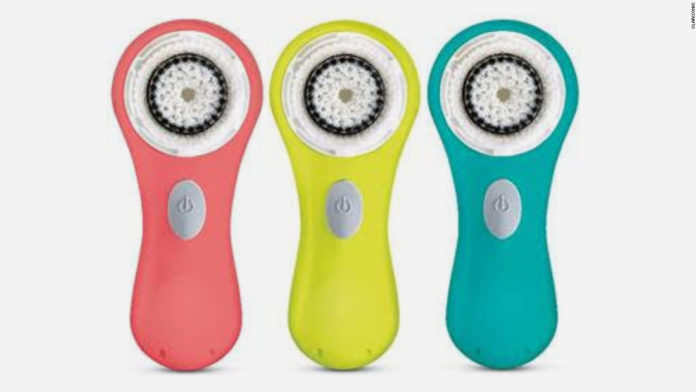 The news came via an Instagram post on July 14 in which Clarisonic, owned by L’Oreal (LRLCF), said the brand will shutter its operations on Sept 30 after “more than a decade of game-changing innovation.”
Clarisonic fans responded with a mix of shock, denial and fear about how this could forever upend their daily skin cleaning rituals.
One Twitter user even asked investors from the television show “Shark Tank” to step in, tweeting, “@ABCSharkTank can’t help out @Clarisonic??? We don’t want this to be the end.”
Lawyer Jessica McElfresh tweeted at @LOrealParisUSA: “Do not do this! Everyone knows Clarisonic is the best. You are making a massive mistake.”
McElfresh has used a Clarisonic device since college. She said the news “just came out of nowhere” and confused her because she didn’t think there was any problem with the device or any valid reason to discontinue the brand.
“Every aesthetician I’ve ever visited uses one,” she said. “The market has more facial cleansing devices all the time, but I truly don’t believe any are as good.”
Clarisonic said the decision to close the brand was made in an effort to help L’Oréal “focus its attention on its other core business offerings.” L’Oreal did not respond to requests for comment.
In recent years Clarisonic has been grappling with competition in an increasingly crowded marketplace where other lower-priced alternatives have been winning over consumers.
A more immediate problem for all Clarisonic users now, is how to get replacement brushes since the device requires users to buy a new cleansing brush every three months.
In an FAQ section on its website, Clarisonic said it won’t sell devices, brushes or other attachments after September 30, and all of its subscription services for replacement brushes will be inactive after July 31.

L’Oreal acquired Clarisonic when it bought its parent company Pacific Bioscience Laboratories in December 2011, seven years after the first Clarisonic device hit the market. Bioscience was a market leader in the growing area of sonic skin care devices.
The sonic device technology was a new way to cleanse the skin, using high speed vibrations emitted through a round facial brush with nylon bristles to unclog pores as an alternative to washing your face with your hands and a cleanser.
Pretty quickly, the $169 device, known for its bright, popsicle-like colors, developed a cult-like following.
In 2018, Clarisonic owned 14% share of the U.S. market for skin cleansing devices, according to market research firm Kline & Co.
As the market grew, it became fragmented with newer brands like Foreo and NuSkin, which ate into Clarisonic’s share and following.
Clarisonic’s demise will leave at least two companies with spot to fill in the skincare market. Michael Todd Beauty, a Florida-based skincare company that makes devices with sonic technology, is gearing up to make replacement brushes to fill the void created by Clarisonic.
Michael Todd Beauty plans to have the replacement brushes in stores by November. It’s also offering a trade-in program for customers to turn in an old Clarisonic device for $40 off on its Soniclear device.
Foreo, too, is offering a $39 credit to Clarisonic users to use on one of its LUNA facial cleansing devices.
It remains to be seen if these options will help placate disappointed Clarisonic users.
“I’ve tried other options before and just didn’t like them as much,” said McElfresh. “They’re not the same as a Clarisonic.”