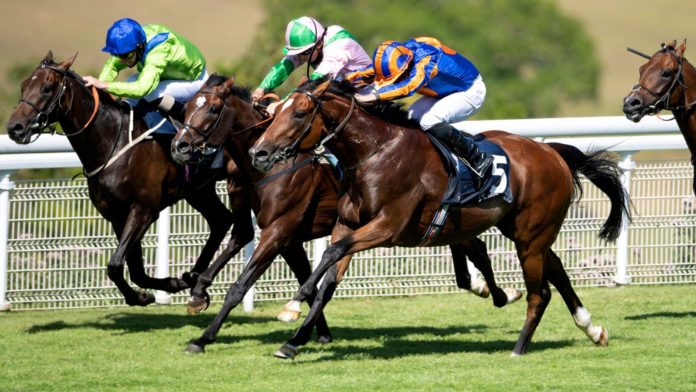 Mogul opened his account for the season with a hard-fought success in the John Pearce Racing Gordon Stakes at Goodwood.

Well-touted during the winter as a leading Classic contender, Aidan O’Brien’s charge was only fourth on his return at Royal Ascot before finishing sixth in the Derby at the beginning of the month.

This Group Two affair was something of an Epsom re-run, with second-placed Khalifa Sat, fast-finishing fifth English King and 10th-placed Highland Chief all renewing rivalry, with English King sent off the 5-4 favourite.

It was Subjectivist who set out to make all though, building up a healthy lead that he did not relinquish easily once the race began to heat up in the straight.

Khalifa Sat was the first to really challenge, but while Subjectivist repelled his spurt he could not find another gear as first Highland Chief and then Mogul swept down the outside.

It was Mogul (9-2) who had most in reserve, responding to Ryan Moore’s urging to pull three-quarters of a length clear at the line, with Highland Chief second and Subjectivist hanging on for third.

English King appeared to be in trouble from over two furlongs out and had to settle for fourth.