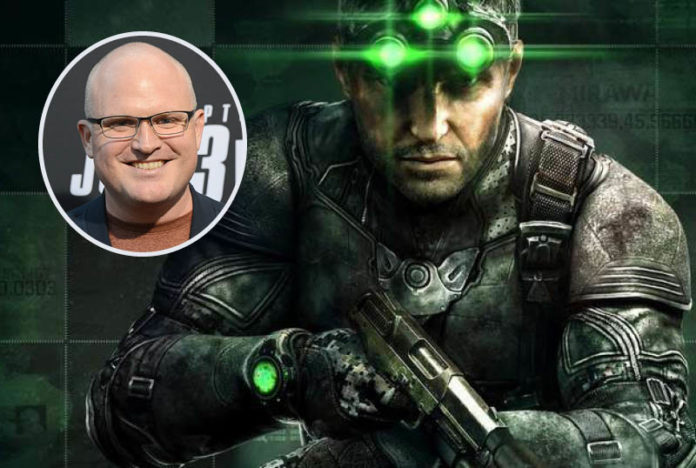 After attaching himself to a film adaptation of Square Enix’s Just Cause franchise and TV adaptation of IO Interactive’s Hitman, Derek Kolstad is continuing his dive into the video game world with an anime adaptation of Splinter Cell at Netflix, according to Variety.

Though no details are currently known on the plot of the series, sources report that the project has received a two-season, 16-episode order from the mammoth streaming platform and will see the John Wick creator serve as writer and executive producer for the series.

Featuring the official endorsement of bestselling military and espionage author Tom Clancy and inspired by Hideo Kojima’s hit Metal Gear series, the Splinter Cell franchise was spawned in 2002 with the game of the same name and received rave reviews from critics and gamers alike and was a major commercial success for Ubisoft. The stealth franchise, comprised of seven mainline titles and seven tie-in novels, centers on former U.S. Navy SEAL Sam Fisher as he is recruited by the NSA to work for the secretive sub-division Third Echelon and the various operations.

A film adaptation of the flagship franchise has been in development for 15 years now, with Tom Hardy (Venom) signing on for the central role in 2012 and having been attached the project since, with various writers and directors attached including Eric Warren Singer (Top Gun: Maverick), Doug Liman (Edge of Tomorrow), Joseph Kahn (Detention) and Frank John Hughes (Justified), though sources report that project is considered to be inactive after three years of no movement.

In addition to the John Wick franchise, Kolstad most recently co-wrote the Quibi action-comedy Die Hart starring Kevin Hart and John Travolta, as well as contributing to the Disney+ Marvel series Falcon and the Winter Soldier and was signed by Square Enix to pen the long-in-development film adaptation of Just Cause, which recently acquired Stuber helmer Michael Dowse to direct.