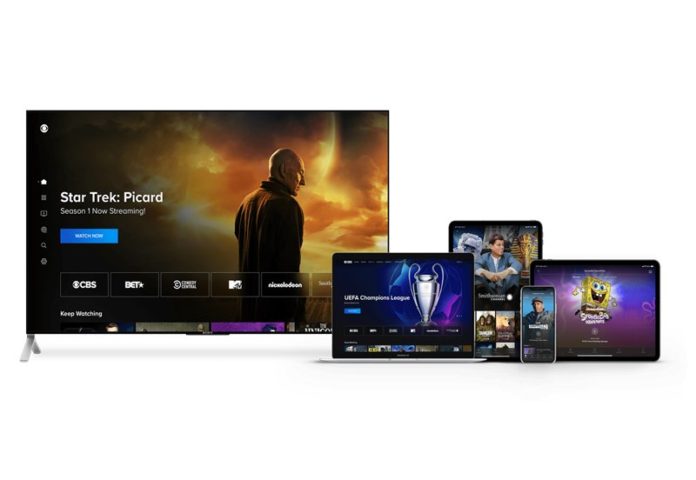 ViacomCBS today announced a significant expansion of CBS All Access, ViacomCBS’ subscription video on demand and live-streaming service, in a major step toward transforming CBS All Access into a diversified super service for the company. More than 3,500 episodes across ViacomCBS’ leading portfolio of entertainment brands will now be available on CBS All Access, including popular series from BET, Comedy Central, MTV, Nickelodeon, Smithsonian Channel and more, further diversifying the range of content on the service and expanding its appeal to a broader range of audiences.

In addition, CBS All Access announced plans for Kamp Koral, a new original children’s series premiering in 2021, and the first spinoff from one of ViacomCBS’ biggest global franchises ever, Nickelodeon’s Spongebob Squarepants. As previously announced, CBS All Access will also be the exclusive home to The Spongebob Movie: Sponge on the Run in early 2021.

“Today marks the beginning of an exciting evolution of CBS All Access into the subscription streaming home for ViacomCBS and a preview of what’s to come,” said Marc DeBevoise, Chief Digital Officer, ViacomCBS and President & Chief Executive Officer, ViacomCBS Digital. “As the first Network to market with a branded direct-to-consumer service more than five years ago, we have the advantage and experience of building it from the ground up, establishing distribution points across all major platforms, creating a service with high user engagement and low churn, and crafting a robust slate of exclusive originals from which we continue to build. By bringing the valuable IP and creative capabilities from across ViacomCBS together in one product, we will deliver to consumers a compelling and differentiated service with something for everyone across news, live sports and on-demand entertainment in every genre.”

In the months to come, CBS All Access will continue to grow its content offering to include more than 30,000 episodes and movies from ViacomCBS’ vast library of hit series and iconic movies, as well as develop new exclusive originals from ViacomCBS’ entertainment brands, Paramount Pictures and Paramount Television Studios. The additional programming will join a robust catalog that spans every demographic and content category, from animation to sci-fi, comedy, drama, procedurals, reality and children’s programming. In addition to its vast library and original content, the new service will have unrivaled live offerings, spanning national and local news, tentpole events and a critical mass of live sports – from golf to football to basketball, plus exclusive streaming rights for major sports properties, including some of the world’s biggest and most popular soccer leagues.

ViacomCBS will debut the full and rebranded service in early 2021.

BET: All seasons of “Real Husbands of Hollywood,” “Hit the Floor,” plus all prior seasons of “Single Ladies” and more

Comedy Central: All seasons of “Chappelle’s Show,” “Strangers with Candy,” six prior seasons of “Reno 911!” and more

MTV: All seasons of “Laguna Beach” and “Snooki & Jwoww,” prior seasons of TEEN MOM 2, seasons of JERSEY SHORE: FAMILY VACATION and MTV FLORIBAMA SHORE, as well as a selection from THE CHALLENGE, “Beavis and Butt-Head: The Mike Judge Collection” and more

Nickelodeon: All seasons of “Avatar: Last Airbender,” “Rugrats,” plus all prior seasons of SPONGEBOB SQUAREPANTS and more, in addition to seasons of “Danny Phantom,” “The Legend of Korra” and “Sam & Cat” that were previously available

Smithsonian Channel: More than 60 episodes of “Aerial America,” seasons of “Air Disasters,” documentaries such as “The Day We Walked on the Moon,” “The Green Book: Guide to Freedom,” “MLK: The Assassination Tapes,” “Pocahontas: Beyond the Myth” and more

TV Land and VH1: Programming like “Hot in Cleveland,” as well as prior seasons of RUPAUL’S DRAG RACE and LOVE & HIP HOP and more

Paramount Pictures: More films have been added to the service since May, including “The Firm,” “Charlotte’s Web” and “Scary Movie,” with more than 150 movies in total now available

New content, including original series, launching on CBS All Access next week and through the end of the year include:

BIG BROTHER LIVE FEEDS: Offering an in-depth, exclusive pass to watch all the action inside the BIG BROTHER house all the time.

Fans can also binge other CBS All Access original series including the critically acclaimed hit THE GOOD FIGHT, THE TWILIGHT ZONE, STAR TREK: PICARD, TOONING OUT THE NEWS, NO ACTIVITY, WHY WOMEN KILL, THE THOMAS JOHN EXPERIENCE and more.

Other exclusive original series coming to the service in 2021 and beyond include THE MAN WHO FELL TO EARTH, THE HARPER HOUSE and GUILTY PARTY.

Growing originals slate to also include:

KAMP KORAL, premiering in early 2021: From Nickelodeon and United Plankton Pictures, KAMP KORAL will follow 10-year-old SpongeBob SquarePants and his pals during summer sleepaway camp where they spend their time building underwater campfires, catching wild jellyfish and swimming in Lake Yuckymuck at the craziest camp in the kelp forest, Kamp Koral.

As previously announced, CBS All Access will also be the exclusive home to THE SPONGEBOB MOVIE: SPONGE ON THE RUN, the upcoming feature film which follows SpongeBob SquarePants, his best friend Patrick Star and the rest of the gang from Bikini Bottom in the first-ever all CGI SpongeBob motion picture event.

Additional originals spanning the ViacomCBS portfolio of brands will be announced in the coming months.

CBS All Access’ expanded sports programming kicks off next week with the conclusion of the 2019-2020 UEFA Champions League and UEFA Europa League. In addition to being the exclusive streaming home to UEFA club competitions in the U.S., CBS All Access also streams live coverage of the following major sports and live events:

College Basketball, including the NCAA Division I Men’s Basketball Championship

GOLF on CBS, including the PGA TOUR, the Masters and the PGA Championship

College Football, including SEC on CBS

Major live entertainment events, including: THE GRAMMY AWARDS, THE ACADEMY OF COUNTRY MUSIC AWARDS, THE TONY AWARDS and more

CBS programming on the service continues to include more than 17,000 episodes of current and classic hits, the largest single catalog of America’s most watched Network spanning:

Every prior season of 14 hit CBS series including SURVIVOR, NCIS and HAWAII FIVE-0.

Classics like all of the “Star Trek” television series, and acclaimed hits like “Cheers,” “Medium” and more.