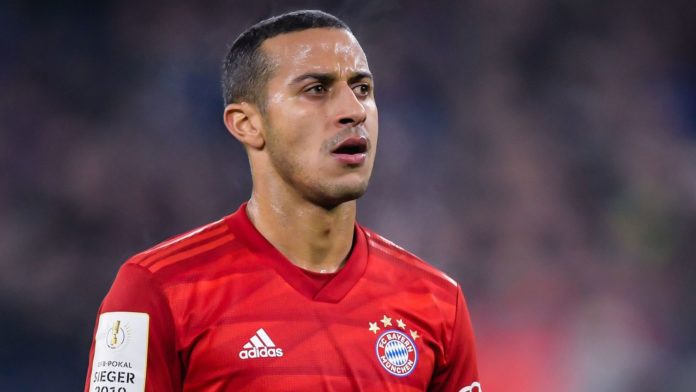 The summer transfer window will run for 10 weeks from July 27 and close at 11pm on October 5. Follow all the news and analysis on Sky Sports News and across Sky Sports’ digital platforms

Thiago Alcantara has informed Bayern Munich he wants to leave the club this summer, chairman Karl-Heinz Rummenigge has confirmed.

It is news that could be of interest to Liverpool who have been heavily linked with a move for the 29-year-old midfielder.

Rummenigge admitted that talks between Alcantara and sporting director Hasan Salihamidzic over a new deal have broken down because the former Barcelona player has decided to move on.

“The talks Hasan (Salihamidzic) had with him have always been very productive. And at some point it actually seemed that [a new contract] was done,” Rummenigge told Sky Germany.

“But then Thiago told Hasan some time ago that he would like to try something new at the end of his career. We have to accept that.”

Alcantara has one year left on his current deal but Rummenigge says they will only allow the midfielder to depart on their terms and will not be forced into a quick sale.

“We have a contract with Thiago that is still valid for one year and if he reaches an agreement with any club then that club should pay a transfer fee of a certain amount,” Rummenigge said.

“No club has contacted us to date and wants to have concrete discussions with us.

“We will only starting negotiating for their (Thiago and Alaba’s) sale from a certain amount. There will be no summer sales at FC Bayern.”