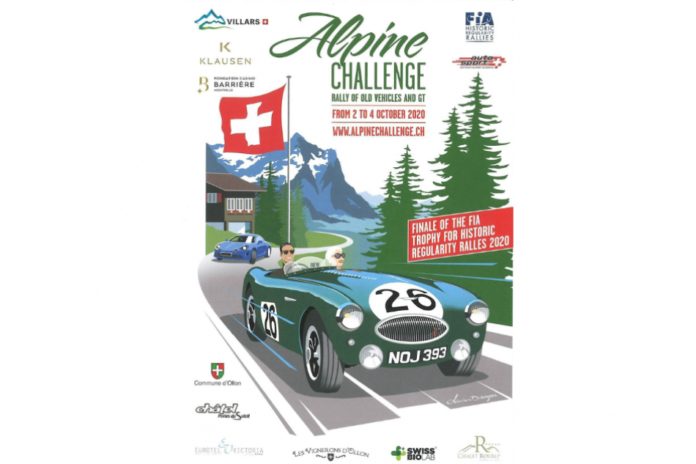 The entry list for the 2020 FIA Trophy for Historic Regularity, which will be hosted by the Alpine Challenge by Rallye du Chablais on 2-4 October, has started to fill up with the first competitors confirmed.

Because the Covid-19 pandemic has forced many of the qualifying events to be cancelled or postponed, the entry list is now open to all eligible participants.

However, priority will be given to competitors who have qualified in The Winter Trial held in The Netherlands in January and those who qualify after participating in one of the six rescheduled events that will be held in August and September in Hungary, Russia, Greece, Italy, Slovakia and Croatia.

Christian Crucifix from Luxembourg, who won in 2016 and 2017, who will compete with co-driver Yves Noelanders from Belgium in a 1985 Porsche 911 Carrera 3.2. Italy’s Paolo Marcattilj won his two FIA titles in 2014 and 2015 and will be joined by fellow Italian Francesco Giammarino in a 1967 Porsche 911 SWB.

The entry list so far includes competitors from Poland, Finland, Belgium, Italy and Luxembourg and a beautiful selection of cars, including a Citroën Ascona 2000, an Audi 80 Quattro, a Rover 3500 S and a Polski Fiat 125P.

The Alpine Challenge by Rallye du Chablais is based in the town of Villars-sur-Ollon, 60km south east of Lausanne.  The itinerary will include over 700km of the most beautiful roads in Switzerland.