Home Lifestyle The 10 Best IPAs to Drink, As Recommended by Beer Experts 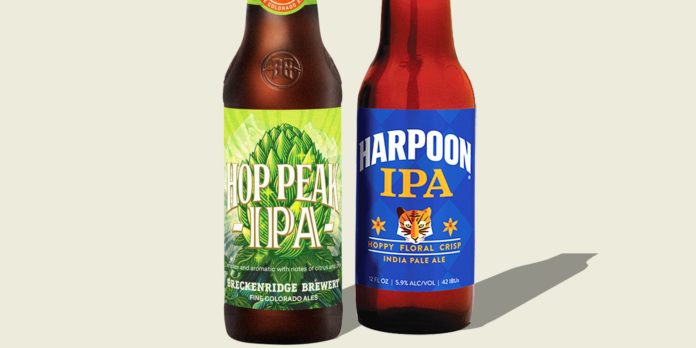 There are beer people, and then there are Beer People. How do we put this eloquently? These are the folks who don’t screw around with the hoppy, refreshing goodness that is a nice, cold brew. They can take the subtlest sip of the froth off the top of a pint and give you a comprehensive history of its origins. This comes down to either witchcraft or years of experience and practice. Let’s assume it’s a little bit of both. So, if you’re branching into the world of, say, IPAs, who else would you want a recommendation from than an expert?

The IPA had a few years there in the late 2010s when it was the trendiest beer in the game. As such, there’s a pretty good chance that you’ve heard people talk about Bell’s Two-Hearted or Lagunitas. You might have come across your standard India Pale Ale or even a hazy IPA. But for true lovers of IPA, there’s a library of variations that morph it into a whole new drinking experience.

Though beer styles beyond the IPA are coming to be more and more popular (like sours and the classic lager), it’s telling that the Homebrewer’s Association named an IPA as its Best Beer in America last year. It also named an IPA for its second place spot. And third place spot. So put that where your stout and/or porter is. People are drawn to the strong hoppy flavor and the oft-high alcohol content. You want to be fancy but also party your ass off? Grab an IPA.

We set out to get IPA recommendations, local and national, from some of the people who know beer best. Whether it’s a beer buyer, a brewer, or just your favorite bartender, every Beer Person has an IPA opinion. This list is a good place to start forming your own.

The favorite of bartender Matt Nickley of Savannah, Georgia

“My go-to is Harpoon IPA. It’s crisp and refreshing with great floral and citrus notes, but finishes with a piney bitterness that reminds you what it is. It started out as a summer seasonal, but now it’s available year round and tastes just as good in the ski lodge as it does on the beach. At 5.9 percent ABV, it’s incredibly drinkable, and that means more beer for your face.

“Sure, it’s not a quadrupel hopped, 10-plus percent ABV, mountain man maker (or killer), but that’s not the point! It’s your trusty companion and a welcome addition to any cooler. But if it’s a well-groomed beard-off you’re looking for, I’d be glad to source a couple of Heady Toppers from the Alchemist and go sip for sip.”

The favorite of brewery owner Natalie Cilurzo of Windsor, California

“Am I allowed to use one of my own beers? If so, I would go with Happy Hops IPA by Russian River. I love the big, hoppy aroma with tons of juicy citrus, stone fruit, and tropical notes, and the lingering dry and bitter finish. Happy Hops packs the punch of a juicy/hazy IPA in a clear beer, which I prefer. It is also 6.5 percent ABV, so I can drink a whole one. Many IPAs are too high in alcohol, thus adding heat and a booziness that takes away from the hop character. I like my beers dry and well-balanced.”

The favorite of brewer Hagin Owens of Sevierville, Tennessee

“My favorite IPA right now would be literally any IPA by Burial Beer in Asheville, North Carolina. They are constantly on the forefront of the IPA train that is super dense right now, so that’s saying something. Burial Beer has to be the best place near me to get an absolute killer IPA every single time you go. Their flagship IPA, Surf Wax, has won a ton of medals and is so unassuming but extremely complex, with the perfect balance of hop flavor that takes it to the extremes of the style but doesn’t overdo it. Its delicious, tropical fruitiness mixed with pine and dank flavors meld together perfectly, and don’t get muddled and ‘muddy’ like a lot of IPAs do nowadays. And their can art is always interestingly odd and eclectic, which definitely plays a factor in picking beer, by the way.

“Also, I think it’s really important when buying packaged beer that you always, always check the ‘brewed on’ date on the can or bottle, so you know your beer is super fresh to preserve all the juicy hop flavors you want and paid for. I personally don’t like to drink IPAs more than a month old, because the fall off of hop flavor goes quickly past that.”

The favorite of bartender Ryan Crossman of Brooklyn, New York

“Since I’m a New England boy at heart, my first suggestion is the often sought out, but hard to acquire, Heady Topper, brewed by Alchemist in Waterbury, Vermont. This beer had/has a cult-like following and has been around since 2003. It is a hazy, New England-style double IPA that packs a punch at 8 percent ABV, which is great for a guy like me who usually only wants to drink one or two IPAs anyway. If you like crushing beers, keep that in mind or you’ll end up walking sideways.

“Heady Topper has a nice, hazy straw color with aromas of citrus, pine, and dare I say, what a hippie might call a bag o’ dank nugs. The beer is fantastically balanced—sharp and bitter but not cloyingly so. The hop taste is evened out by fruity, honey floral notes. If you can find it, I highly recommend this beer that helped kick off the craft beer craze in New England.”

The favorite of bartender Lucy Cleek of Maryville, Tennessee

“Lagunitas remains a favorite. The Bell’s Two-Hearted is also something most every IPA drinker will like. Currently, I’m trying to push Tennessee Brew Works’ Hippies and Cowboys. It’s very fruit forward, so not everyone’s favorite, but I think most people around here appreciate that it’s a Tennessee beer. If they want to stray away from Lagunitas, I’ve also been recommending TrimTab Brewing of Birmingham, Alabama.”

The favorite of bartender Carl Parker of Washington, D.C.

“I love lighter colored IPAs, so my favorite and go-to IPA is the Dogfish Head 60 Minute IPA. It’s super crisp with a slight bitterness that I love. It has a little umph to it, plus it’s pretty easy to find.”

“I’m from the West Coast and still prefer a bitter, clean, nearly clear IPA versus the softer, fruit-flavor-forward, Northeast-style that’s risen in popularity over the recent years. My experience in the beer industry has taught me that fresh beer is the best beer—this is especially true with IPAs. The less chance the beer has to face temperature change (which happens frequently when it is placed in the hands of a third party distributor transporting it for long distances across country/countries), the better it will taste. If it is being pumped from the bright tank into your glass, even better. So my advice: Find the brewery nearest you that brews on site and drink that IPA.

*While Field Drinker is currently out of commission, Strong Rope has other IPAs available in Brooklyn; currently on tap are Wolf Orbit and Wolf Captain.

The favorite of brewmaster Eric Warner of Galveston, Texas

“My number-one IPA recommendation is Karbach’s Hopadillo IPA, the number-one selling IPA in Texas for at least the last five years. It’s a classic IPA, with hops from three growing regions around the world. It contains some great malt notes but is by no means sweet. The finish is clean, dry, and bitter, just like a good IPA should have. I like an IPA to have a strong hop aroma and a dry, mineral-y finish. However, the answer to what you like about an IPA is quite complex. The thing is, there are now so many sub-styles of IPAs out there, such as hazy IPAs, black IPAs, and sour IPAs. But, the common denominator for IPAs is strong hop aroma and flavor. If that isn’t there, then it’s not really an IPA.”

The favorite of beer marketer Anne Marisic of Freeport, Maine

“When I first got into craft, the beer that changed my understanding of what beer could/should taste like was Victory HopDevil. Pine and citrus from American hops, followed with a nice malt backbone, it won me over.

“That love of American hops launched my passion for beer, so it’s not surprising I ended up at Maine Beer Company, a brewery known for hop-forward brews. Most people know us for our West Coast-style IPA Lunch, but my personal favorite is Woods & Waters. We first brewed this beer in 2016 to commemorate the designation of Katahdin Woods and Waters National Monument in Maine’s North Woods. The beer is brewed primarily with local malts from Blue Ox Malthouse, and features Magnum, Simcoe, Mosaic, Columbus, and Idaho 7 hops. It has amazing notes of pink grapefruit, melon, and subtle pine. Woods & Waters is clean, dry, and refreshing, and helps draw attention to a beautiful part of our state that many people aren’t familiar with.”

The favorite of brewmaster Carl Heinz of Littleton, Colorado

“Hop Peak is a go-to for me because it’s bursting with bright citrus and crisp pine aroma but isn’t overly sweet, which allows it to remain highly refreshing through any season. Additionally, Hop Peak IPA is one of the more labor-intensive beers that we craft. From breaking bails of whole-cone hops to dry hopping, everything must be conducted with meticulous attention to detail, and I think that effort makes the beer all the more enjoyable and satisfying to drink.”

PowerDirector is now available for Mac with more than 6,000,000 free Shutterstock content assets — all for just $48.99