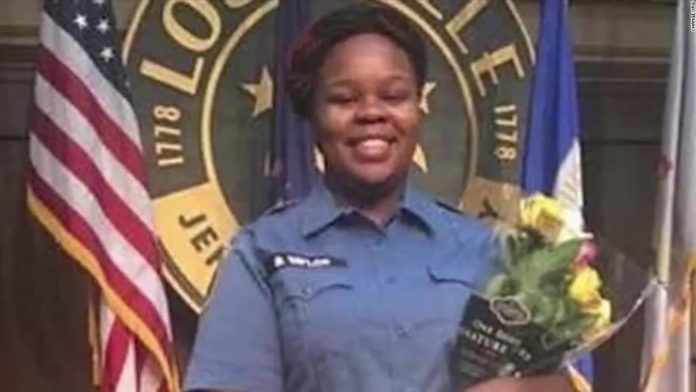 Winfrey revealed the cover on social media Thursday.
“We can’t be silent,” she wrote in an editor’s letter, “We have to use whatever megaphone we have to cry for justice. And that is why Breonna Taylor is on the cover of O magazine. The September issue honors her life and the life of every other Black woman whose life has been taken too soon.”
In a statement to CNN, Winfrey said that if not for the coronavirus pandemic, she would be out marching in Taylor’s honor.
“If not for COVID, I would be marching in the streets in this moment,” she said, adding, “This is my form of protest and a way to honor a life that deserved a chance to flourish.”
Winfrey said she will continue her fight until those responsible for Taylor’s death are prosecuted.
“It is my hope that if we continue to say her name, write her name, and let no one forget her life, the people who are responsible for killing her and those who remain complicit by doing nothing shall be brought to justice,” she said.
On Thursday Winfrey premiered “The Oprah Conversation,” exclusively on Apple TV+. The show will focus on “bringing truth and perspective to a range of topics shaping our world, each episode will reveal gripping stories of human connection,” according to a release.