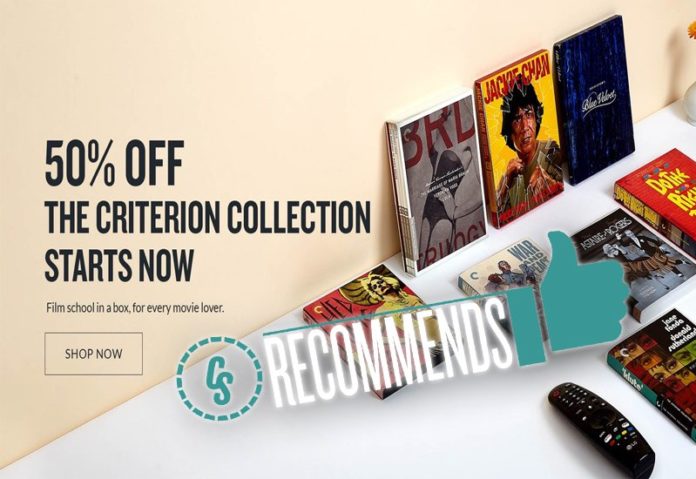 Stuck inside? Don’t know what to watch/read/play/listen to? ComingSoon.net has got you covered. In this week’s CS Recommends our staff gives you solid tips on the best media to consume during your downtime, including The Criterion Collection and more! Check out our picks below! 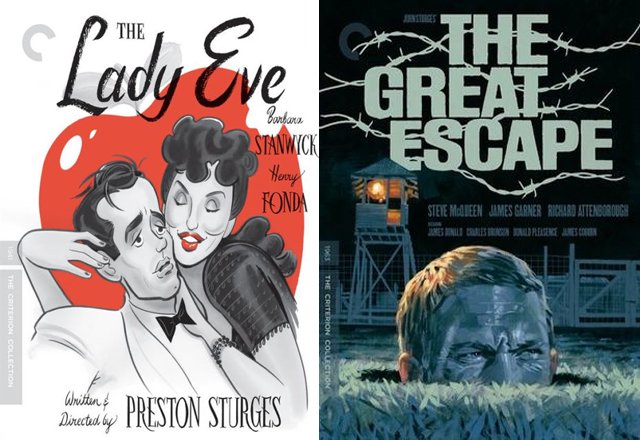 Are you a nut for Criterion DVD and Blu-ray like me? Well then it’s that time of year again where Barnes & Noble throws most of the available titles in the beloved film lovers’ label up for half price! With some single titles retailing for over $40, that’s a great way to stock up and save. Even though I have a great relationship with Criterion through my weekly Blu-ray column I don’t always get sent every title, so this time I stocked up on the classic Preston Sturges comedy The Lady Eve (which I’ve never seen, despite being a big fan of Sullivan’s Travels) and the classic POW flick The Great Escape. If you’ve never seen Great Escape then you are missing out on truly one of the most riveting and undeniably enjoyable World War II films ever made, with an awe-inspiring cast including Steve McQueen, James Garner, Richard Attenborough, Charles Bronson, Donald Pleasence and James Coburn. 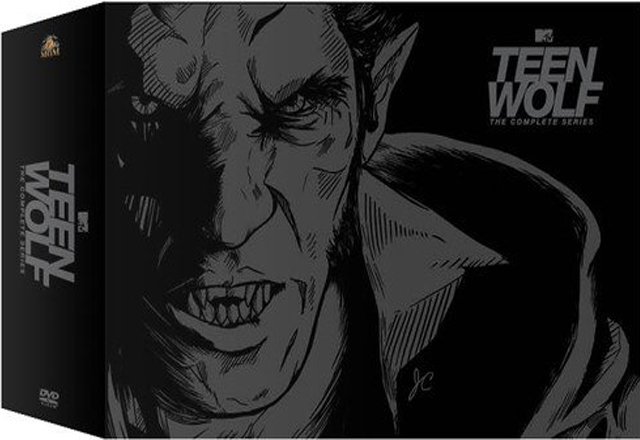 MTV’s Teen Wolf was a largely underrated series outside of the fanbase the teen supernatural comedy/drama show garnered over its six seasons. Sure, sometimes the CGI didn’t always hit the mark, and there may have been a time or two too many of cheesiness that didn’t always mesh quite right with the show’s specific style of humor. The series never lost its heart, though, and it featured some of the best characters, performers, heroes, and villains you could ask for. Led by Tyler Posey, Teen Wolf is equal parts fun, scary, goofy, heartbreaking, romantic, violent, hilarious, and smart, all while staying completely grounded in themes of friendship and family. Bonus: Dylan O’Brien’s Stiles Stilinski is one of the most memorable characters on TV and watching him grow up over the course of six seasons (and getting to go dark during a certain fan-favorite arc where he played arguably Teen Wolf‘s best villain ever) is just icing on the cake. 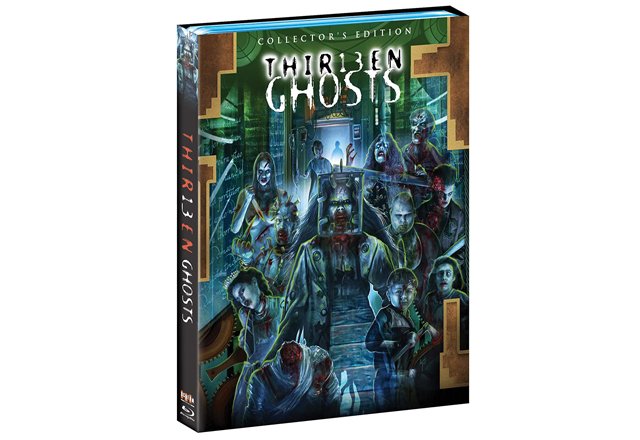 While there are plenty of more elevated horror films from the past decade I would quicker recommend than this, sometimes a good old-fashioned and schlocky haunted house ride is what’s needed for a fun movie night and with 2001’s Thir13en Ghosts having just received a special Collector’s Edition Blu-ray from Shout! Factory, now is as good a time as any to revisit this underrated gem. A remake of the 1960 William Castle classic, the story centers on a widowed and impoverished college professor and his family who inherit a mansion from his adventurer uncle, only to learn his uncle was a ghost hunter and the mansion is full of violent spirits and must find a way to get his family out in time. Its story is a simple setup and a fairly faithful recreation of the original film and though it plays out pretty formulaic, its production design and visual effects are hyper kinetic and haunting and its pacing is nice and quick, making for an absolute thrill ride. If those don’t float your boat, it also has an unhinged and R-rated Matthew Lillard as a psychic who’s trapped inside the mansion with the family and helped the uncle capture the ghosts, and that alone should be your selling point to check this film out in glorious Blu-ray quality. 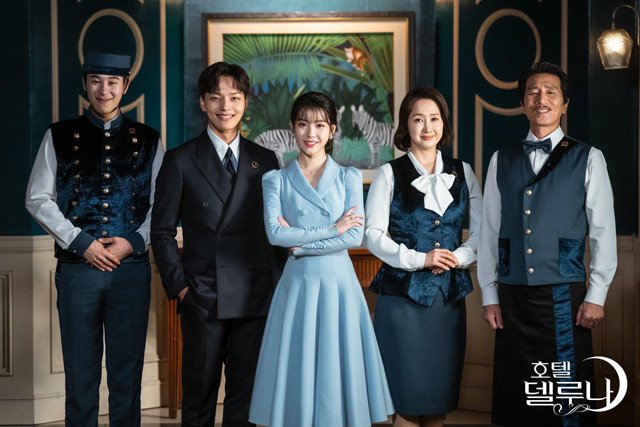 Directed by Oh Choong-hwan from a script written by acclaimed South Korean writing duo The Hong Sisters, Hotel Del Luna revolves around a mystical and supernatural hotel which only accepts wandering ghosts as guests with the staffs catering to their every need and helping them with their unfinished business before they can truly pass on the afterlife. The titular hotel is headed by long-time owner named Jang Man-wol, who is neither a ghost nor a human and was bound to the hotel by the deity Mago due to her mysterious past. When the time has finally come to hire a new general manager, who will handle the human affairs needed for the hotel, Man-wol has decided to collect a debt she made years ago with a man who mistakenly stole something from her. In exchange for his life and wealth, his only son must work for her after 20 years. That’s why, the smart and capable Gu Chan-sung has no other choice but to become the new general manager while trying to face his fear of ghosts.

Hotel Del Luna is a 16-episode fantasy drama series which was one of last year’s highest rated Korean dramas. I highly-recommend this series because it offers a unique and charming storyline that will definitely get viewers hooked through every scene. In addition to its intriguing main storyline, each episode also features a side story centering on a different spirit which covers many different topics concerning societal problems.

What I like the most about this series is its visually stunning cinematography and high-quality sets. K-Pop superstar Lee Ji-eun, better known as IU, has yet again proven her acting prowess and has successfully led another beloved drama with Hotel Del Luna. Through her character’s fierce personality and iconic wardrobe, IU will no doubt captivate viewers with her strong and memorable performance as Jang Man-wol. 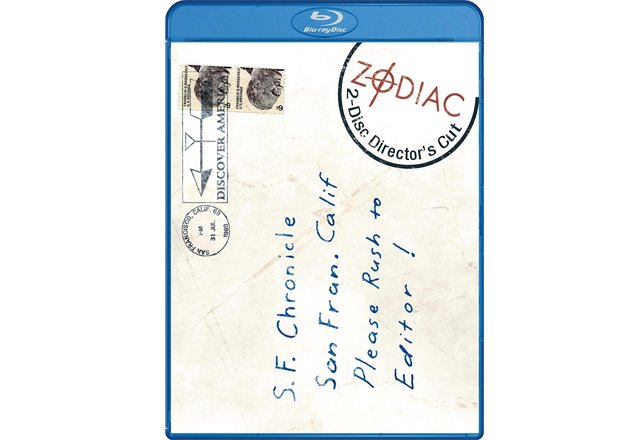 David Fincher’s Zodiac is a perfect film. Released in 2007, the crime drama about the search for the Zodiac killer arrived and left theaters without much fanfare and was completely ignored by the Academy in truly baffling fashion. Which means wonderful performances by Mark Ruffalo, Jake Gyllenhaal and Robert Downey Jr. (exactly one year before he became Iron Man) were overlooked, as were the astonishing visual FX of the film and Fincher’s fabulous direction. And while the crime drama lacks the visceral intensity of, say, Seven, or Gone Girl, it works as a hypnotic police procedural thriller and a fascinating character study about the nature of fear and obsession. If anything, Zodiac serves as a quasi-prequel to Fincher’s own Mindhunters Netflix series in that the purpose of the story is not to shock the audience with silly theatrics, but, rather, dazzle them with real-life drama involving living, breathing monsters.