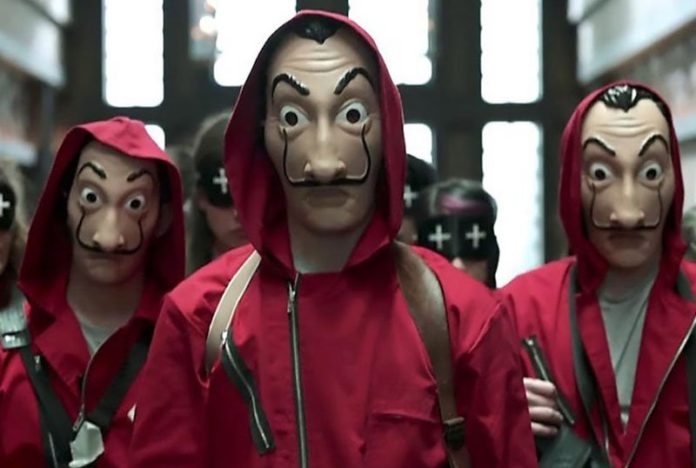 The hit Netflix Spanish crime drama series La Casa de Papel, very loosely translated to Money Heist in the United States, is set to return to the streaming platform for a fifth and final ten-episode season, according to The Hollywood Reporter.

Money Heist or La casa de papel follows the story of eight thieves who take hostages and lock themselves in the Royal Mint of Spain as a criminal mastermind manipulates the police to carry out his plan. In Part 4,  Lives are on the line as the Professor’s plan begins to unravel and the crew must fend off enemies from both inside and outside the Bank of Spain.

Production on the upcoming fifth season is set to begin in Spain, Portugal and Denmark on Monday and will see Miguel Ángel Silvestre (Sense8) and Patrick Criado join the roster of returning series regulars.

“We’ve spent almost a year thinking about how to break up the band. How to put the Professor on the ropes. How to get into situations that are irreversible for many characters. The result is the fifth part of La Casa de Papel,” creator and executive producer Alex Pina said in a statement. “The war reaches its most extreme and savage levels, but it is also the most epic and exciting season.”

Money Heist is created by Álex Pina, who is also serving as an executive producer along with Sonia Martínez, Jesús Colmenar, Esther Martínez Lobato and Nacho Manubens. In 2018, the series became the most-watched non-English language series and one of the most-watched series overall on Netflix.