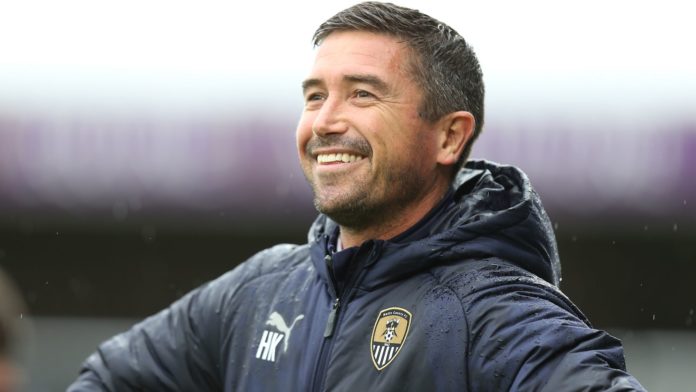 Harry Kewell has agreed to take over at Oldham following the sacking of head coach Dino Maamria.

The former Liverpool and Leeds winger has signed a one-year contract, with an option for a second year. The League Two club are expected to announce the appointment of the Australian on Saturday.

Kewell last managed in November 2018 when he was sacked by Notts County after just 10 weeks in charge. He had previously managed Crawley.

The news follows the dismissal of Maamria earlier on Friday. The 49-year-old Tunisian replaced Laurent Banide in September 2019 but could only manage nine wins in 32 games for the Latics.

Abdallah Lemsagam took over ownership in 2018 with Oldham and Kewell would be the seventh new manager since then.

It has been a lively campaign for Maamria who begun the 2019-20 season as Stevenage boss, only to be dismissed after failing to win any of their opening seven league matches.

At the start of July, Oldham had a winding-up petition dismissed by the High Court after a debt owed to HM Revenue and Customs was cleared.

Barrister Jessica Powers, who represented the HMRC, told the judge that money had been paid but gave no indication how much the club had owed.