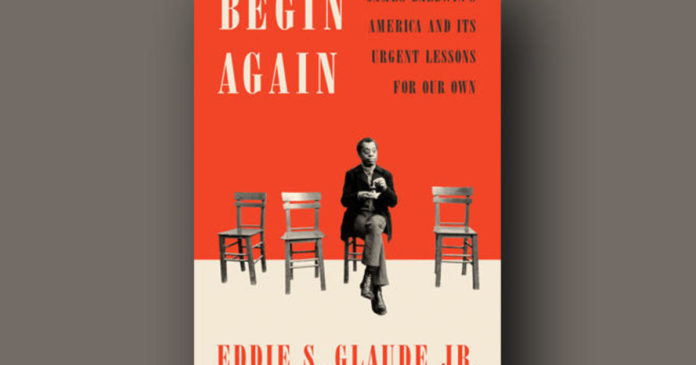 “Begin Again: James Baldwin’s America and Its Urgent Lessons for Our Own” (Crown) also examines how Baldwin’s writing reflects upon today’s social schisms involving race, the Black Lives Matter movement, and the rising specter of white supremacist and racist violence.

Read an excerpt from “Begin Again” below:

From Chapter One: The Lie

James Baldwin and Stokely Carmichael first met during the heady days of the movement to desegregate the South. Carmichael was a young activist and a member of a student group at Howard University called the Nonviolent Action Group (NAG), which sought to combat racism and segregation in Washington, D.C., and in the surrounding areas of Virginia and Maryland. During the spring semester of 1963, after the violent response directed at the movement in Birmingham, the group organized a symposium about the role and responsibility of the black writer in the civil rights struggle, and they invited Baldwin.

Students packed the auditorium. Baldwin didn’t disappoint. He was a captivating speaker, with a powerful, almost hypnotic cadence; if the desire to be a preacher had long ago left him, his ability to hold a crowd in his hand had not. “It is the responsibility of the Negro writer to excavate the real history of this country … to tell us what really happened to get us where we are now,” he boldly declared from the stage at Howard. “We must tell the truth till we can no longer bear it.”

After the symposium ended, Baldwin and two other speakers joined a group of students in the small, cramped apartment of a few NAG members. The impromptu rap session went on until sunrise. “Our older brothers reasoned with us like family,” Carmichael, who would become known as Kwame Ture, later recalled. Everyone understood the burden the students carried on their shoulders. They had already confronted the brutality of the South in an effort to desegregate lunch counters and to register black people to vote. These students were the shock troops of the civil rights movement, and many suffered from the trauma induced by a region and a country reluctant to change. Pessimism and rage threatened to overwhelm them.

Baldwin worried about the young men and women like an older brother who did not know exactly how to protect them from the dangers he already glimpsed ahead.

As the meeting wound down, Baldwin was left to say the final words. “Well, here we are, my young brothers and sisters. Here’s how matters stand. I, Jimmy Baldwin, as a black writer, must in some way represent you. Now, you didn’t elect me and I didn’t ask for it, but here we are.” All eyes were fixed on him. “Everything I write will in some way reflect on you. So … what do we do? I’ll make you a pledge. If you will promise your elder brother that you will never, ever accept any of the many derogatory, degrading, and reductive definitions that this society has ready for you, then I, Jimmy Baldwin, promise you I shall never betray you.”