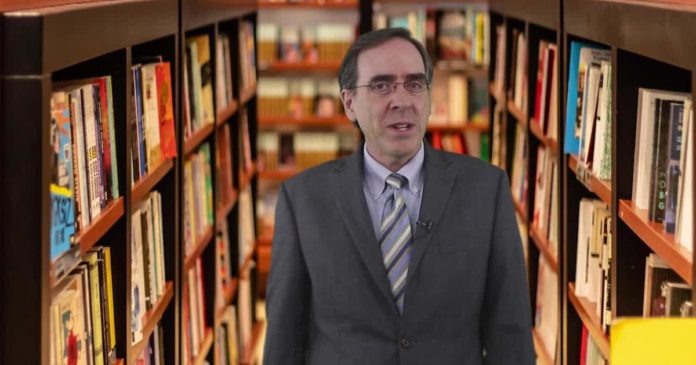 With temperatures soaring across the country, you might enjoy diving into one of these cool books:

David Mitchell’s groovy new novel, “Utopia Avenue” (Random House), takes us to London in the late 1960s to see the creation of an eclectic rock band.

His story describes one of those amazing moments when a few unlikely artists suddenly fall into harmony and change the sound of an era.

There are crazy cameos by young David Bowie, Janis Joplin, Leonard Cohen, John Lennon, and so many others that make “Utopia Avenue” an invitation to the fantasy party you’ve always dreamed of.

On Aug. 11, 1596, William Shakespeare’s only son, Hamnet, was buried. Almost nothing more is known about the boy’s brief life. But now, Maggie O’Farrell has ventured into that silence and written a novel about this tragedy.

“Hamnet: A Novel of the Plague” (Knopf) draws us back to those happy days when young William Shakespeare first spotted Anne Hathaway, the woman he would eventually marry – and it jumps forward to show Shakespeare fleeing from grief into the imaginary world of his plays.

This is an unforgettable story about the way loss can change and challenge a marriage.

“Hamnet: A Novel of the Plague” by Maggie O’Farrell (Knopf), in Hardcover, eBook and Audio formats, available via Amazon

It’s full of barely-disguised Washington figures, like “Ivunka” and “Jored.”

Our guide through this maze of wackiness is Herb Nutterman, President Trump’s fictional new chief of staff, who used to be the head of hospitality at Trump’s resorts. His next assignment: Negotiate with a Russian assassin over claims that America interfered with the re-election of President Putin.

Buckley has done the impossible: Made Politics Funny Again (MPFA!).

The works of James Baldwin, the African-American writer who died in 1987, have never felt more relevant than they do today. Eddie S. Glaude Jr. explores that legacy in his new book, “Begin Again: James Baldwin’s America and Its Urgent Lessons for Our Own” (Crown)

Glaude describes how Baldwin responded to racial violence and the civil rights movement of the 1960s. But his book is also a personal search for how Baldwin’s critical insights can help us respond to systemic racism today.

“Begin Again: James Baldwin’s America and Its Urgent Lessons for Our Own” by Eddie S. Glaude Jr. (Crown), in Hardcover, eBook and Audio formats, available via Amazon

And finally, in other news:

The fastest-selling book in America is by the president’s niece, Mary L. Trump. Her exposé is called “Too Much and Never Enough: How My Family Created the World’s Most Dangerous Man” (Simon & Schuster). The president’s brother tried and failed in court to stop the book, but the day it was released, it had already received orders for almost a million copies – setting a company record for Simon & Schuster.

That’s it for the Book Report. Until next time, read on!