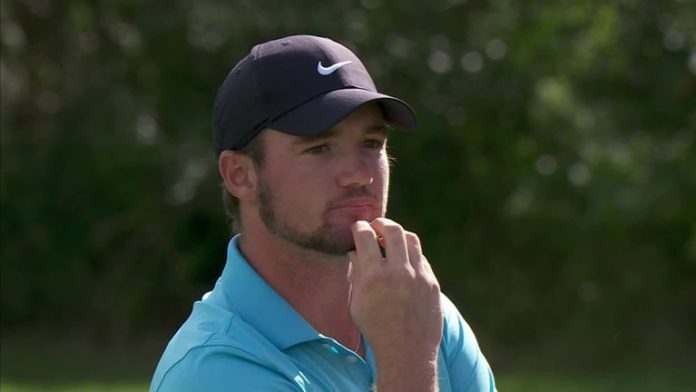 The European Tour’s UK Swing continues with the English Championship, live on Sky Sports Golf from 11.30am on Thursday

Sam Horsfield reflected on a “special” victory after claiming his first European Tour title with a one-shot triumph at the Hero Open.

The 23-year-old from Manchester, who is now based in Florida, edged out Thomas Detry thanks to a superb birdie at the 17th after the Belgian had missed from three feet to bogey the 18th.

Horsfield, who tied for 10th in last week’s British Masters, was tipped for success by Ian Poulter when he was 13 and his win at Forest of Arden saw him achieve something that Poulter has yet to achieve in his career – a victory in his native England.

“With everything that’s going on in the world right now I’m thankful that the European Tour has been able to put on tournaments for us to play. I’ve been in Orlando for the last three months and I felt like my game was right there.

“I played decently last week [in the British Masters], had a pretty bad finish, but I kept the positives from that and played pretty solid all week.

“I was one back when I looked at the leaderboard on 16 and then hit one of the best five woods I’ve ever hit in my life on 17.

“Me and my caddie had a long discussion on the 17th tee because I wanted to leave myself a good five-wood number because it’s probably my favourite club in the bag. I had 233 yards, into and out of the left, and executed it perfectly.”

Horsfield is co-managed by Poulter’s caddie Terry Mundy and spoke to the latter on Saturday night for advice on how to approach the final round.

“We talked about him and Ian being in situations where they’ve had one-shot leads or having been leading at a golf tournament,” Horsfield added.

Detry, who won the World Cup for Belgium in 2018 alongside Thomas Pieters, said: “A lot of things have been going through my mind, but honestly I have nothing to be disappointed about right now.

“I played some really good golf today, the greens are getting trickier down the stretch and I over-read that putt on 18.

“But I’m very pleased with the way I finished on those last few holes to be honest. I hit some very good shots out there. Another missed opportunity, but I’ll move on and forget about it and just try to win next week.”