Home Culture Linda Lavin: “I’ve worked more in these 2½ months than I have... 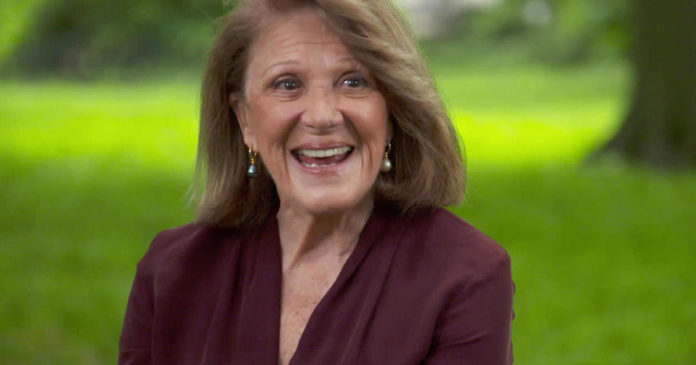 This past April, a star-studded concert was announced to celebrate Broadway composer Stephen Sondheim’s 90th birthday. The lineup included Meryl Streep, Mandy Patinkin, Audra McDonald and Bernadette Peters.  It did not include actress and singer Linda Lavin.

So, she went online, writing: “This is very exciting!! I’m wondering if you’d like me to sing ‘The Boy From…” from ‘The Mad Show’?’ It’s Linda Lavin.”

“In that moment, what I really wanted to say was: ‘Why the hell am I not on that show?'” Lavin told correspondent Mo Rocca. “So, I tried to say it in a more gracious way. And they called!”

Lavin ended up singing a comedic Sondheim number she first sang back in 1966.

Rocca asked, “Let’s just put it this way: you’re willing to advocate for yourself?”

She’s alive, all right. It’s been 35 years since Lavin ended her run as TV’s “Alice.”

And she’s been hustling ever since, starring on Broadway, where she won a Tony (for “Broadway Bound”), and on shows like “Mom.”

Once the pandemic set in, she began doing weekly concerts from her Manhattan living room, with pianist Billy Stritch.

And she’s even released a new album, “Love Notes.” She said, “I’ve worked more in these 2½ months than I have in 2½ years. I’m not making that up.”

Growing up in Portland, Maine, music was always a part of Lavin’s life. Her mother, Lucille, sang opera: “She sang on the radio and early television. She sang with George Gershwin. But in those years, doctors would say to women who were career women, ‘If you want to have a baby, you have to give up your career.’ And that’s what my generation comes from, those women.”

“Did your mother give up her career when she was expecting you?” Rocca asked.

Lavin said her mother always encouraged her to sing: “My mother also tells the story that I stood up – I hadn’t spoken yet – and that one night there was company. And I stood up in my crib and sang ‘God Bless America.'”

For her seventh birthday, she and her girlfriends made a fateful trip to the movies, to the film “Cover Girl,” starring Rita Hayworth and Gene Kelly. “And I remember it as if it were yesterday,” she said. “Rita Hayworth came down a ramp. She was floating in all chiffon. And I knew right then that that’s who I wanted to be and what I wanted to do.”

As a concession to her parents, she went to college (William & Mary). Right after graduation, she moved to New York, where she went right to work at Bloomingdales, in the handkerchief department. “The least-visited department,’ she said. “Lived on a dollar a day. I’m not making that up!”

Lavin found work in plays and musicals, and in 1973 she headed West, and eventually to sitcom stardom.

For nine seasons, Lavin played single mother Alice Hyatt, hoping to make it as a singer, but getting by as a waitress at a Phoenix diner.

“And working for equal pay, equal rights,” Lavin said. “She politicized me. The role had a huge effect on me.”

WEB EXTRA VIDEO: Linda Lavin on her politicization thanks to “Alice”:

Lavin soon became an unofficial spokesperson for single working moms: “And I decided the best way to do it was to wear my Alice uniform and just show up as Alice, ’cause people knew who she was, and they knew what she stood for.”

You can stream Linda Lavin’s “Love Notes” by clicking on the embed below (Free Spotify registration required to hear the tracks in full):

Linda Lavin is 82 now. When she’s not working, she’s spending time with her dog Mickey and her husband, artist and musician Steve Bakunas. The couple met in 1999.

Because? “I had no interest in another romance or marriage. I didn’t think I was very good at relationships. And I found out that it takes work, and I’m willing to do the work, and so is he.

“Somebody said to me: ‘Wear life like a loose garment, Linda. Lighten up!” she laughed.

Bakunas was in Costa Rica when the pandemic started, so for months the two have been Facetiming nightly.

But, can we just get back to “Alice” for a minute? Lavin sang the show’s theme song (one of this correspondent’s all-time favorites), and with different endings. “Every season we tried a different way with it, you know?” she said.