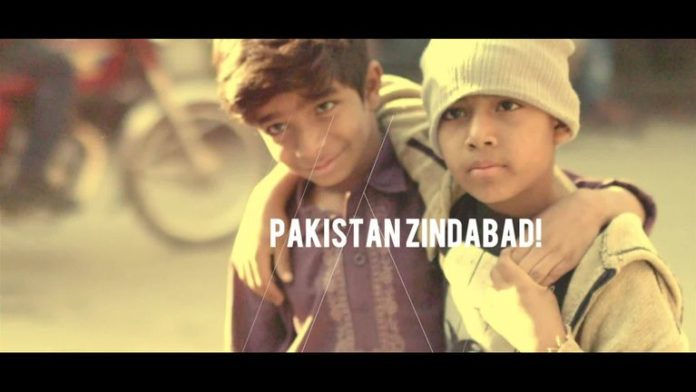 Pakistan are primed to maintain a proud record against England in the coming weeks as the sides contest three Tests before playing as many T20 internationals.

Ahead of the first #raisethebat Test, which begins at 10.30am on Wednesday on Sky Sports, Tanzil Khawaja takes a closer look at some of the players to look out for in the coming weeks…

In March 2019, Ali became the third Pakistani to score a century on ODI debut, making 112 runs, the highest for a Pakistani on debut. In December of last year, Ali created history against Sri Lanka on his Test debut in Rawalpindi, scoring 109no in the first Test becoming the first male cricketer to hit centuries on both ODI and Test debut.

With a Test average of 107 after three matches, Ali will be looking to showcase his talent in England where he could possibly be facing the toughest conditions he has yet to encounter.

Pakistan’s latest product hot out the fast bowling factory, Shah’s action has been described as a mix of Shane Bond and Dennis Lillee, bursting on to the scene with the pace to match. After the terrible loss of his mother back in Pakistan, he made his Test debut aged just 16 and showcased his immense talent – David Warner becoming his first Test scalp. According to data from CricViz, his average speed during the tests against Australia was 143.06 kph which was the fastest average speed of any bowler.

Should Shah make his International T20 debut, CricViz data suggests that England’s batsmen will be facing relentless pace. In this year’s PSL, Shah bowled 80 per cent of his deliveries (105 balls) over 140 kph – comfortably beating Muhammad Musa behind him with 68 per cent.

Despite Shah being in the infancy of his career, the frequency of injuries is worrying. In 2018 he was forced to miss out on the PSL due to a back injury; missed out on the second Test against Australia as a precaution due to a persistent niggle in his knee and also had to sit out for a week in this year’s PSL due to an ankle strain.

A huge task lies ahead for the PCB to ensure his workload is managed, or else we may see the curtains come down when the performance has only just begun.

Slowly establishing himself as Pakistan’s leader of the pace attack, Afridi is once again becoming a household name. Last year’s World Cup was one to remember for the 20-year-old, breaking many records in the tournament. Pakistan’s final game against Bangladesh was particularly fruitful for Afridi as not only did he become the first bowler ever to take six wickets in an ODI at Lord’s but in the process became the youngest ever to take a five-wicket haul in a World Cup match. His 6-35 was the best-ever figures by a Pakistani in a World Cup and his total tally of 16 wickets was the most by a teenager in a single World Cup.

This should come as no surprise as his career strike rate of 23.1 balls per wicket is the lowest in ODI history for a bowler with at least 40 wickets. He has become an asset for Pakistan, one that England will be very watchful of.

Babar Azam was handed the reigns to the T20 squad before Pakistan’s tour to Australia late last year and though his team lost the series, it was a relief for his fans to see captaincy did not affect his performance as he finished as Pakistan’s highest run-scorer with 115 runs at an average of 57.50.

Later in the year, Azam enjoyed his stint with Somerset in the 2019 T20 Blast where he was the highest run-scorer with 578 runs at an average of 52.54 which included four half-centuries and one century.

He has since been handed the ODI captaincy and given his recent comments on how he would like to ‘adopt the Imran Khan style of captaincy’, Pakistan fans will be eager to see how he sets about stamping his authority on the team and if he can continue his fine form with the added weight of skipper duties.

Pakistan’s hottest batting prospect Haider Ali is slowly making a name for himself. Many consider this year’s Pakistan Super League* to have been a breakthrough tournament for the 19-year-old: scoring at an average a touch under 30 with a strike rate of 158, his displays of brutal hitting and sumptuous drives have led to the likes of Ian Bishop to compare him to Babar Azam and he has backed Ali as a future star of Pakistan.

Ali was also handed a central contract in the newly created ’emerging’ category, reinforcing the notion that he is in the PCB’s long terms plans. Pakistan have been lacking firepower for quite some time now and Haider Ali may just be the answer to their problems. (*Yet to be concluded – play offs postponed due to coronavirus)

Watch the first #raisethebat Test between England and Pakistan live on Sky Sports Cricket and across our digital platforms from 10.30am on Wednesday.