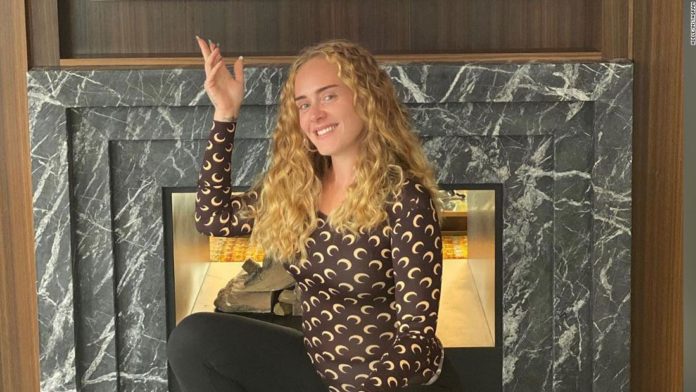 The 32-year-old singer shared a photo on Saturday featuring herself posing under a TV screen displaying a scene from Beyoncé’s “Black Is King.”
“Thank you Queen for always making us all feel so loved through your art,” Adele captioned the Instagram post.
In the photo, Adele recreated the crescent moon top that Beyoncé wore while singing “Already,” one of the tracks included in the musical film and visual album.
The 24-time Grammy Award-winning queen of pop released the hotly anticipated album on Friday. It’s inspired by “The Lion King,” on Disney+.
The vibrant cinematographic project, based on the singer’s soundtrack album “The Lion King: The Gift” for the 2019 remake of the Disney film, re-imagines the lessons from the movie for “today’s young kings and queens in search of their own crowns,” Disney+ said in a release.
It is a “celebratory memoir for the world on the black experience.”