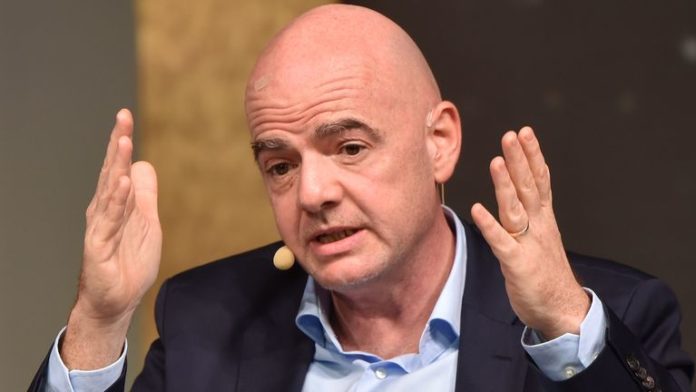 A criminal case into Infantino’s conduct was opened on Thursday over his meetings with the country’s attorney general, who had been leading a sprawling investigation into football corruption.

FIFA deputy secretary general Alasdair Bell says football’s governing body and Infantino have nothing to hide, insisting there is no factual basis for the criminal investigation and that they have no idea what Infantino has allegedly done wrong.

Bell has called the investigation “grotesque and unfair” and insists he is 100 per cent confident there will never be a criminal charge or conviction.

However, he said FIFA will co-operate fully with the investigation, as it wants the truth and wants it quickly.

Bell believes the perception of a criminal investigation against Infantino is damaging.

He would not rule out that the anonymous complaint against Lauber and Infantino may have come from someone who would wish to see the FIFA president “fall”.

The reason the FIFA legal team say they are speaking out is because of reputational damage towards Infantino and the organisation given its chequered past. They are insistent there is nothing to suggest any criminal wrongdoing at any time during three meetings Infantino had with Lauber.

Bell also said there is nothing unusual about the fact that there were no notes or minutes taken by Infantino during meetings with Lauber.