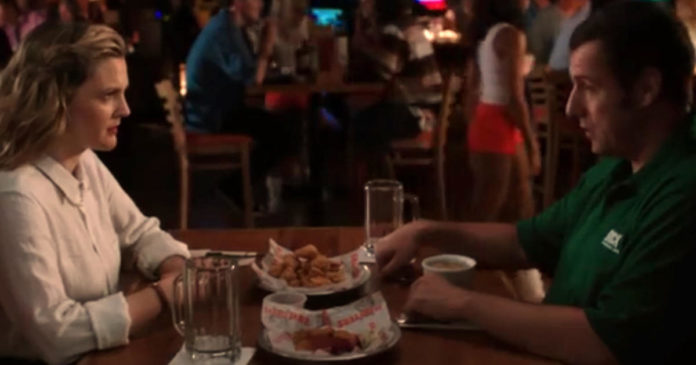 Adam Sandler and Drew Barrymore are on the big screen together again, and the first trailer has been released for their new film.

The duo — who starred together in “The Wedding Singer” (1998) and again in “50 First Dates” (2004) — have reunited for “Blended,” playing a mismatched pair of single parents who both end up on vacation at the same African resort with their families.

Tell us: What do you think of the trailer?