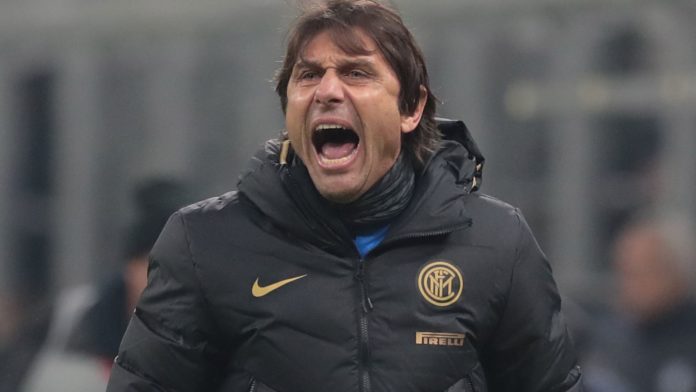 Inter Milan will not make any decision on Antonio Conte’s future as head coach until the end of their Europa League campaign.

Conte spoke with the club’s president Steven Zhang via video conference on Monday, a call that has been described as “cordial” by Sky in Italy.

The former Chelsea manager’s future had come into question on Saturday when he was critical of the club’s leadership following their 2-0 Serie A win over Atalanta.

The Inter boss had said his team had not been recognised for their positive performances, which culminated in them finishing second behind Juventus.

Conte told the ANSA news agency on Monday that he fully intends to respect his contract.

He said: “I am committed to a three-year project with Inter and, as I always have done in my life, I will work hard and fight with all my strength and everything in my power to make it a winning project.”

Inter face Spanish side Getafe in a one-off game in Gelsenkirchen on Wednesday for a place in the Europa League quarter-finals.