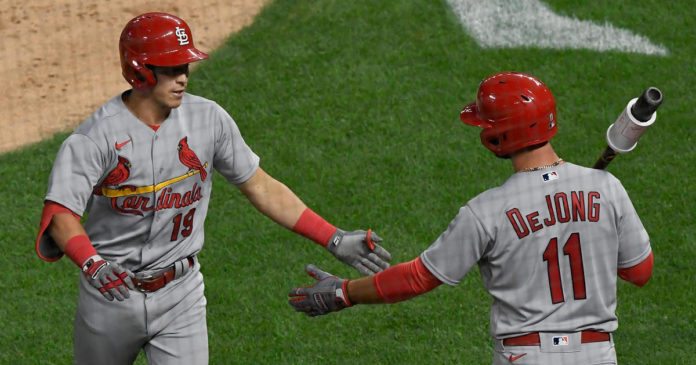 Major League Baseball on Monday postponed this week’s series between the Detroit Tigers and the St. Louis Cardinals after 13 members of the Cardinals organization tested positive for the coronavirus. Multiple games have been postponed in recent weeks as the league struggles to contain the virus’ spread.

Of the 13 positive cases, seven are players and six are staff members, the league said. The Cardinals will stay in Milwaukee, where they have been quarantined since last Thursday. The team had been scheduled to play against the Milwaukee Brewers, but those games were postponed after two members of the Cardinals tested positive.

The league said its “tentative” plan is for the Cardinals to resume their regular schedule on Friday against the Chicago Cubs in St. Louis. Members of the Cardinals organization will be tested daily.

Multiple MLB teams, including the Miami Marlins and the Philadelphia Phillies, have faced coronavirus outbreaks. In response, the league and the players’ union announced Friday that all doubleheader games would be seven innings each.

“Given the frequency of doubleheaders, the effects of doubleheaders on rosters, and the need to reschedule games due to dynamic circumstances, both the Clubs and the Players have determined that this step promotes player health and safety,” the league and the union said in a statement.

MLB Commissioner Rob Manfred told The Associated Press on Saturday that despite the infections, he’s confident the league will be able to finish the season.

“I think that if everybody does what they are supposed to do, we can continue to play, have a credible season and get through the postseason,” he said. He acknowledged that not all teams may be able to play their 60 scheduled games, but said the league may use winning percentage to determine which teams make the playoffs.